What are the best temporary messaging apps for Android?

2
User
Recs.
8
Updates
2 yrs
Last
Updated
Here’s the Deal
Slant is powered by a community that helps you make informed decisions. Tell us what you’re passionate about to get your personalized feed and help others.
Related Questions
Activity
6 Options 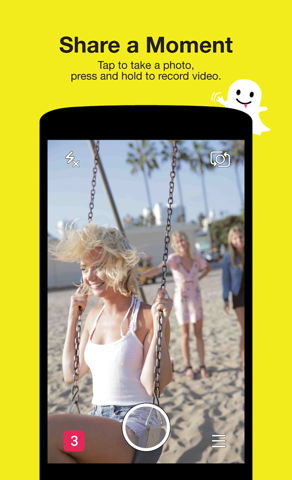 Snapchat includes a Discover page (accessed by two swipes from the right side) where curated list of news and entertainment outlets can put up news from their sites.

Snapchat is first and foremost a way to share photos so the first thing that the app presents the user with is the camera enabled and ready to take photos. Once photos or videos are taken, it's possible to caption them or draw on them.

Pro
A wide variety of customization options for images are available

In 2013, Snapchat was hacked. As a result phone numbers and usernames of 4.6 million users were published online. That happened after concerns were raised by a security firm weeks before that Snapchat dismissed. Other security concerns were pointed out to Snapchat throughout 2014 including ways that the service could be used for DDOS attacks and how their anti-robot measures can be circumvented.

Snapchat has since implemented two-factor authentication.

The UI space is well used but you'll likely miss a few messages until you understand of the UI works; it's not like the average mobile apps.

Slimothy
Contributor for 8 years
2.9K
Total
Recs.
1M
Total
Karma
Snapchat
Recommended 7 years ago
Pro
Does not get in the way of what it's designed to do
Pro
Includes news
Con
Security concerns
See full
No highlighted recommendations.

Have a question about Snapchat? Leave a comment for Slimothy, tara and 1 other contributor.
See Product Page for "Snapchat"