2
User
Recs.
12
Updates
4 yrs
Last
Updated
Here’s the Deal
Slant is powered by a community that helps you make informed decisions. Tell us what you’re passionate about to get your personalized feed and help others.
Related Questions
Activity
23 Options 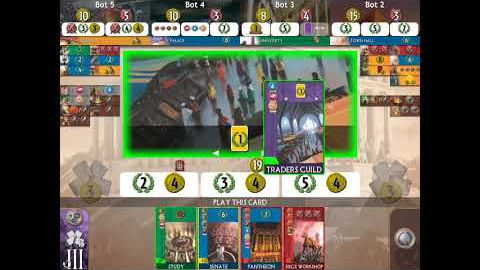 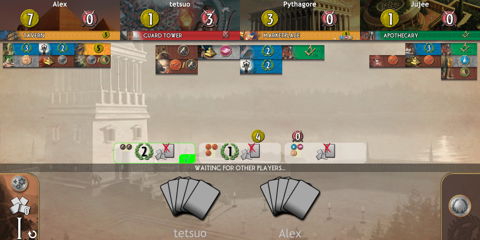 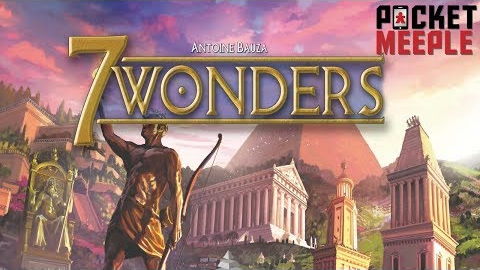 In 7 Wonders, each player attempts to build one of Seven Wonders of the Ancient World.

The game is divided into three ages. In each age, players are dealt seven cards from a deck representing various structures that they can choose to build if they have access to enough resources. Each player must choose one card from their hand to play and then pass the unused cards to the next player. You must weigh playing structures with immediate benefits against structures with long-term benefits, structures that will help resolve conflicts favorably against structures that provide monteray benefits, all while considering other players' strategies and what choices they have from the hands you've passed on.

This is an excellent choice for a quick gaming session, as most games only take around 30 minutes. This remains true even if there are seven players.

Pro
All players play until the end

Points aren't added up until the end of the game, so even if you are losing badly, you won't be ejected from the game or forced to sit out. Everyone can participate for the full duration.

There's always an opportunity to try something new every game

Each player has their own game board which represents one of the Seven Wonders of the World. These boards clearly lay out the production resource and benefits of each Wonder. You can also choose to play the game using the board's A side or B side. Whichever side you choose drastically changes how that particular Wonder can play certain cards.

Additionally, since this a card game with resources and other variables, no two play sessions will ever be alike. Cards will always be dealt and played in a random order, and how you play these cards will vary based on your Wonder and your personal resources/currency situation.

When choosing your card for play that round, you may pick a card that will benefit you directly (such as one that will give you a building upgrade or money), or you can simply pick a card that you know your opponent wants to prevent them from bringing it into play.

This constant trade off of helping and hindering creates some interesting situations among players where you have to determine what the best possible long term move will be while also considering the moves of those around you.

Each of the three ages has its own unique deck of cards. Each time you pass into a new age, a brand new set of cards come into play. These new cards build on the progress you made in the previous age. For example, resources earned in the first age can be used to build new buildings in the other ages. This helps gameplay feel exciting and fresh as the game progresses, with lots of new options becoming available for expanding your city.

7 Wonders easily adjusts to support anywhere from 2-7 players, making it great for both small and large groups.

No matter the player's skill level, 7 Wonders makes for an easy to learn and play game.

In 7 Wonders you can really hurt yourself in the early game. Mistakes tend to be overly punishing and may be difficult to fully recover from. A long term strategy is necessary from turn one onward if you want to succeed.

Con
Most player interaction is limited

Most player interactions can only be conducted with the people directly sitting next to you. This can include passing cards, borrowing resources from your neighbors, etc. These kinds of actions can only be taken with the person to your immediate right or left. As a result, it sometimes feels like some of the players (especially those across the table) have no direct impact on each other, especially in larger games.

Con
Iconography can be tough to learn

There are many different symbols to learn and keep track of, and this is the source of most learning woes for newer players.

Have a question about 7 Wonders? Leave a comment for Rūdis.
See Product Page for "7 Wonders"