4
User
Recs.
10
Updates
2 yrs
Last
Updated
Here’s the Deal
Slant is powered by a community that helps you make informed decisions. Tell us what you’re passionate about to get your personalized feed and help others.
Related Questions
Activity
49 Options 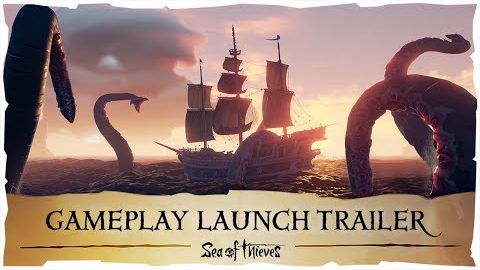 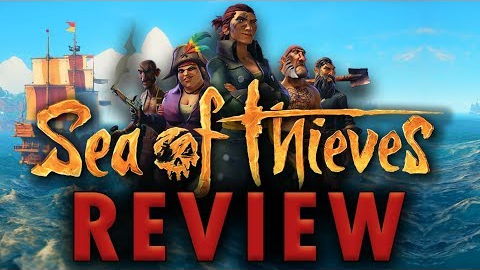 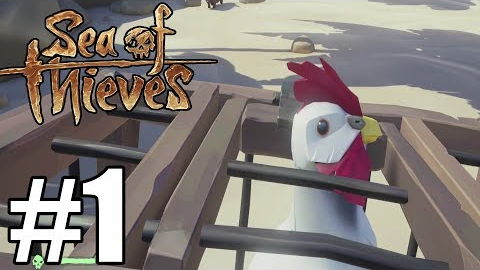 Standing on the port of your ship and looking out over the water makes you feel like you're really standing on a real ship in the ocean. Utilizing the Unreal 4 engine to full capacity, the water itself looks fantastic, with great shimmering effects as waves gently roll or violently crash. Sea foam froths and the sun illuminates the water below. It's some of the best looking water in any game to date and helps immerse you in the world of pirates and ships, as the game world is largely made up of being on the water or surrounded by it.

For those who enjoy exploration and games without restrictions on travel, there is a lot to see and do here. The game is mainly an open world where you are free to sail your ship around in any direction you choose and explore the various islands at your own leisure. There are reputations to grind, quests from 3 different companies, forts to conquer, shipwrecks to scavenge, and islands to plunder for their treasure. The game world itself is huge, giving you the freedom to traverse it and discover it's secrets at will.

You can outfit your character in a variety of different costumes and outfits, including hook hands, hats, eye patches, and bandanas. While some are open to anyone with the gold or reputation, sometimes the game will put special items on a vendor just for your play style. For example, if you spend a lot of time killing other players, the game will recognize this by putting special items on vendors that you can purchase to denote you are a bloodthirsty pirate who does a lot of PvP. If you want to be the biggest, baddest looking pirate around, there's plenty of ways to unlock the look you want.

When playing with friends, you can all control the pirate ship together. The sails need someone to control them so that the ship is able to take advantage of wind to propel itself forward. Another in the role of captain may be steering the ship as it rolls over salty ocean waves. A friend might also opt to climb up to the crow's nest to keep an eye out for other ships on the prowl. Additionally, someone will have to be making repairs on the ship with wooden planks or bailing with buckets if the deck takes on water. Working together to control the ship works well and encourages a level of team work that is very conducive to fun co-op play.

Pro
The ship battles are intense

Other players and their crews can attack you on the open waters in PvP combat, as well as AI skeletal crews with varying strengths and weaknesses, sometimes with little to no warning. This results in some pretty intense and epic battles where authentic pirate warfare comes into play.

Battling involves the coordination of your entire crew as things can get extremely hectic really quickly. Someone will have to run below deck to grab the cannonballs, while another loads them in the cannons and shoots at the enemy. Others may be using buckets to bail out water after your ship takes damage and starts to sink. You'll have to manage damage to your ship while also protecting yourself from enemy attacks.

You can even grab your pistol and sword and jump aboard the enemy ship, swinging and shooting your way to victory. Keep in mind, the enemy will also try to board your ship and cut you down, so you'll always have to stay alert and react on the fly.

Overall, the ship battles are done incredibly well, require teamwork due to offensive and defensive aspects such as shooting cannons and bailing water, and are loaded with fast paced and intense action.

Pro
Rare and random events keep everyone on their toes

For example, your ship may be attacked by a huge Kraken. This can happen anytime or anywhere you're on the open seas. The water bubbles and turns black, the sign of a big and deadly sea monster approaching. Eventually it will be attacking your ship, attempting to drag your ship and your crew down into the depths. You'll have to fend it off and unleash all your firepower on it if you want it to release your ship so you can safely sail away. This can be especially dramatic if you're hauling back a large amount of loot to sell off. Because of the completely random nature of these events and their ability to easily sink an unprepared ship, you will have to stay alert and on your toes at all times.

Pro
Hours of content thanks to the the Voyage system

Due to the variety of the voyages and three different factions, things stay fresh and fun for quite some time resulting in quite a bit of content to play through as you sail your ship towards loot and infamy.

The game centers around a quest system, called voyages, which works incredibly well to provide hours of content. Completing these voyages will allow you to build your reputation and earn gold, which in turn, will allow you embark on even more dangerous and exciting voyages, sometimes with multiple parts and their own ministory.

Voyages include sailing your ship on the rough seas to your destination, and then finally following your map to the treasure. But there are a lot of variables involved. Getting attacked at sea, various enemies, islands with different layouts, traps on the treasure chests, and other obstacles are between you and your goal at all times, with each voyage being distinctly different so you'll never be doing the same thing twice.

Con
Lore can be hard to follow without outside sources

Without the lore book or comic book, characters and lore may be hard to follow. To understand the legends and characters properly, you will most likely need to read from outside sources simply due to the sheer amount of the lore the game tries to tackle.

Con
The look of outfits, ship upgrades, and weapons are cosmetic only

The various outfits, ship upgrades, and weapons require you to spend gold in-game, but they are cosmetic only. This can be a huge turn off after saving up a bunch of gold for a shiny new weapon, only to find it's purely cosmetic and doesn't add to any kind of stat pool.

SupportiveGaia
Contributor for 3 years
1
Total
Recs.
0
Total
Karma
Sea of Thieves
Recommended 3 years ago
Pro
Hours of content thanks to the the Voyage system
Pro
Rare and random events keep everyone on their toes
Pro
The ship battles are intense
Pro
Controlling the pirate ship together provides a great co-op experience
Pro
A lot of unique ways to customize the look of your pirate
Pro
Exploring the huge open world is exciting with a lot of content
Pro
The water looks absolutely incredible
See full

Yoshiyuki
Contributor for 4 years
4.2K
Total
Recs.
582K
Total
Karma
Sea of Thieves
Recommended 4 years ago
Pro
Hours of content thanks to the the Voyage system
Pro
Rare and random events keep everyone on their toes
Pro
The ship battles are intense
Pro
Controlling the pirate ship together provides a great co-op experience
Pro
A lot of unique ways to customize the look of your pirate
Pro
Exploring the huge open world is exciting with a lot of content
Pro
The water looks absolutely incredible
Con
The look of outfits, ship upgrades, and weapons are cosmetic only
Con
Lore can be hard to follow without outside sources
See full
No highlighted recommendations.

Have a question about Sea of Thieves? Leave a comment for Yoshiyuki, MightyMelpomene and 3 other contributors.
See Product Page for "Sea of Thieves"