0
User
Recs.
11
Updates
2 yrs
Last
Updated
Here’s the Deal
Slant is powered by a community that helps you make informed decisions. Tell us what you’re passionate about to get your personalized feed and help others.
Related Questions
Activity
47 Options 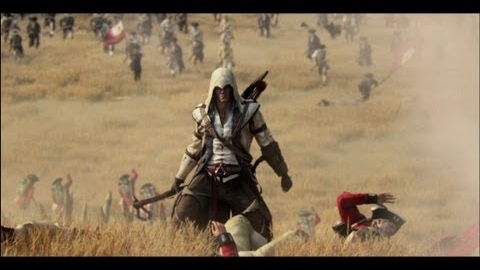 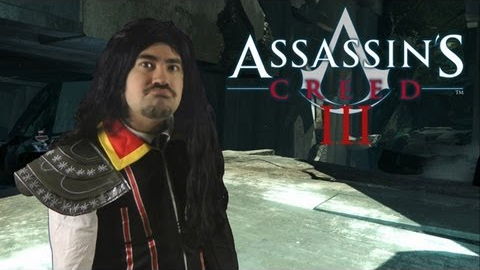 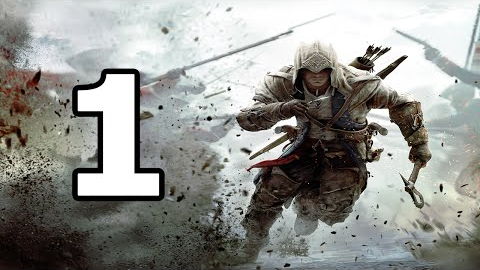 Assassin's Creed III is an action-adventure game. You play as Connor, a Native American assassin who fights in the Revolutionary War while dealing with the templar threat against his own people.

The story in Assassin's Creed III is full of intriguing ideologies and philosophies about the American Revolution. It's a familiar tale of liberty and freedom on the Assassin side of the American colonists and law and order on the Templar side of the British, but it still feels fresh. Playing as Connor, it's up to you to assassinate certain templar targets who oppress the masses and horde power for themselves. As you take them down, you learn about their views on controlling the populace, encouraging you to question if the assassins are truly on the right path. Thankfully, the game doesn't tell you what to think, leaving you to draw your own conclusions.

Pro
Cool naval combat out on the open seas

Naval battles with your own ship and crew are an exciting new addition to the franchise. There are a good handful of missions where you get to navigate a huge frigate out in the open waters, getting hands-on with the full mechanics of steering while firing off cannons at enemy ships. There's a full crew aboard with you, helping to give plenty of liveliness to your surroundings as they shout in anger and cheer in victory as you go along, along with dynamic weather like raging storms that adds to the realism and intensity. It's a lot of fun and serves as a nice way to break things up from the usual stealth missions on foot.

The multiplayer in Assassin's Creed III offers a unique experience. It mixes the series' stealth mechanics with cat and mouse gameplay through a few different multiplayer modes.

The opening mission up to the end of the first act are incredible. It's a strong first impression where you play as a well-dressed and well-spoken man named Haytham, sneaking through a fancy theater during a performance in order to reach a target. The music is a perfect blend of atmospheric, tense sounds for stealth and the right tone for the high-class setting you're in.

Following that setpiece, the next handful of missions where you play as Haytham are a wonderful setup for the rest of the story. There's also a bold and clever plot twist at the end that's more surprising if you played the previous games in the series. Even though this setup is almost too good, since the rest of the game doesn't live up to the quality here, it's still great in its own right, doing its job to hook you into the story.

The ending is pretty bad, both because of the writing and lack of meaningful closure. Before fans knew to expect the Assassin's Creed franchise to get milked to death by Ubisoft, they thought they'd get some real explanations here about the more supernatural elements outside of the historical period piece parts of the story involving Connor and Haytham. The sad thing is that all the writers did was throw more questions than answers to players, and "wrapped up" plot points with shocking yet unnecessary events. It's a disappointing ending to say the least.

Unfortunately, the multiplayer is all but abandoned by the player base. Even though the multiplayer itself is really cool and fun, you won't find too many people playing it these days. Since the game originally came out in 2012, it's quite old now, and it doesn't help that the devs don't actively update it anymore. The Assassin's Creed multiplayer base in general is also splintered between this game and the other installments with online play. So if you're a new player trying to get into things, don't be surprised if it takes a long time to find a match.

Con
Too ambitious for its own good, leading to awkward technical limitations

Assassin's Creed III seems like it should be able to do more than it does. Since it's set during the American Revolution, you'd think that there would be huge, iconic battles that you'd get to be a part of. Those battles are present, but mechanically, they're so scaled down to the point where they're mostly linear missions that take you from point A to B. You can tell that the devs had grand ambitions for fights where you navigate Connor through hundreds of soldiers, but that just didn't make it into the actual game. Everything seems stilted instead.

Getting to play in a colonial American setting sounds cool, but it's not all that fun from a gameplay perspective. The wooden buildings are quite small and basic, even in the big cities of Boston and New York. Scaling them doesn't take much effort, and it doesn't reward you with a huge, beautiful view comparable to previous locations like Florence and Rome during the Italian Renaissance. The game tries to make up for this by introducing ways to parkour through the woods by climbing trees and jumping across them, as well as new hunting mechanics, though these mostly feel like consolation prizes. Despite the unique history in these places, they're weak settings to play through.

Even though it's easy to understand Connor's story, his personality isn't all that interesting. He's pretty stoic and is rarely moved to emotion, which is fine on its own, but it doesn't translate well to a video game instead of, say a novel, where he's completely transparent in his feelings even if he doesn't show them. Since all you have to rely on are his outward appearances, it's easy to get bored with him despite sympathizing with his plight. He's a fine character and plenty of people like him, though he's not as beloved as other characters in the series like Ezio from Assassin's Creed II.