What are the best superhero-themed tabletop RPGs?

2
User
Recs.
18
Updates
6 mons
Last
Updated
Here’s the Deal
Slant is powered by a community that helps you make informed decisions. Tell us what you’re passionate about to get your personalized feed and help others.
Related Questions
Activity
7 Options 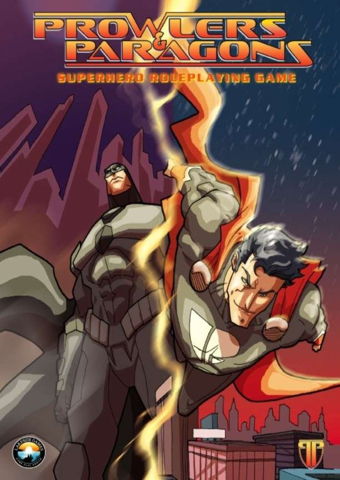 Prowlers & Paragons (or P&P) is a tabletop roleplaying game with a narration-driven, rules-light system designed to emulate four-color superhero comics. Let’s break that down so you can see what you’re getting yourself into.

P&P is a tabletop roleplaying game. We’re going to assume you’ve got this one covered.

P&P is a narration-driven system. The rules in this game are not effects driven. For the most part, they don’t tell you what happens. Instead, they tell you who gets to describe what happens. And that’s what it’s all about in P&P: describing what happens. Both the players and the gamemaster (GM) take turns narrating events in the game world. This makes P&P feel more like an exercise in collaborative storytelling than a typical roleplaying game. However, P&P isn’t totally freeform and open-ended either. There are rules that help determine what characters can do and how they compare to one another, especially in combat! This prevents the game from devolving into a never-ending debate about what is and isn’t reasonable.

P&P is rules light. It’s chock full of gross oversimplifications and blatant inaccuracies that mimic comic book tropes rather than real-world facts. This also makes P&P a simple game with a streamlined set of rules. Once you know what you’re doing, you should be able to play without ever opening the book.

Finally, P&P is designed to emulate four-color superhero comics. This game is about the heroic things the characters do and the heroic burdens they shoulder. Mundane matters get little attention. There aren’t any detailed rules for dealing with money and wealth, but there most definitely is a rule for smashing into a bank vault. Let’s be perfectly clear: This is not a deep and cerebral game. P&P was designed to let you play stories about super heroes who save the world and beat the snot out of villains who richly deserve it. Like so much of the genre, P&P is a gleefully unapologetic exercise in heroic wish fulfillment.

The game seeks to emulate comics and is narrative-oriented.

Game system is lightweight and uses d6 only.

There is everything needed for a superhero RPG in the core book (character creation, equipment, world-building, and even an adventure).

The game only uses d6s Sean
Contributor for 2 years
1
Total
Recs.
10
Total
Karma
Prowlers & Paragons
Recommended 2 years ago
Pro
As co-designer of the upcoming Ultimate Edition, I am biased, but the combination of flexibility and narrative influence mixed with satisfying, yet intuitive crunch, makes this the best supers RPG of the 21st Century so far.
See full
No highlighted recommendations.

Have a question about Prowlers & Paragons? Leave a comment for Malcolm, Sean and 4 other contributors.

Pro
As co-designer of the upcoming Ultimate Edition, I am biased, but the combination of flexibility and narrative influence mixed with satisfying, yet intuitive crunch, makes this the best supers RPG of the 21st Century so far.