What are the best JavaScript animation frameworks or libraries?

1
User
Recs.
2
Updates
2 yrs
Last
Updated
Here’s the Deal
Slant is powered by a community that helps you make informed decisions. Tell us what you’re passionate about to get your personalized feed and help others.
Related Questions
Activity
11 Options 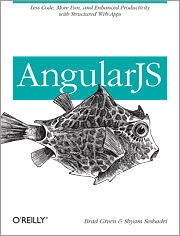 Pro
AngularJS is the best framework of JavaScript

Angular.js is a well-known open-source front-end improvement structure which is basically utilized for creating dynamic single-page web applications (SPA).
AngularJS exchanges every one of the substances from the server to the program alongside stacking all the site pages at the same time. When the substance is stacked, tapping on any connection on the page does not reload the whole page content; rather, it just updates the areas inside the page.

Extensive associations like PayPal, Freelancer, LinkedIn, Lego, Hopscotch and a few others are controlling their UIs by AngularJS.
The most noteworthy distinction between conventional destinations and Angular fuelled locales is that Angular anticipates that the program will construct the page. This does not put a considerable measure of load on the server and thus results in quicker stacking of pages.
Angular has a Native Script for local applications amid an Ionic structure for crossbreed applications. Precise permits including if conditions, circles and neighborhood factors straightforwardly inside a format alongside following, preparing and showing changes from the client utilizing information authoritative. Angular makes it less demanding to work with dynamic rendering with its JSON based preparing and rendering capacities. Any designer with a foundation in the basic front-end innovations specifically HTML5 and JavaScript can learn Angular JS effectively.
Angular at first was subject to TypeScript which enables it to be more reliable in open source ventures. In any case, with the most recent Angular adaptation, it is significantly more than that.
It has a switch and backings shape approvals characteristically. It finishes the client encounter by controlling the route among pages and dealing with the client conduct and activities.
Angular has been produced with the vision of making it secluded, testable and viable. In this way, it wholes up to be a brilliant structure for front-end advancement. 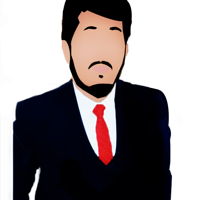 Have a question about AngularJS? Leave a comment for Syed.
See Product Page for "AngularJS"