+4
9
User
Recs.
44
Updates
4 yrs
Last
Updated
Here’s the Deal
Slant is powered by a community that helps you make informed decisions. Tell us what you’re passionate about to get your personalized feed and help others.
Related Questions
Activity
24 Options 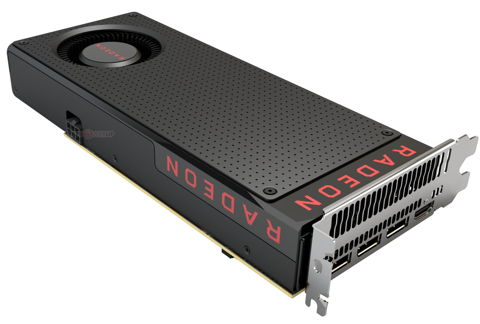 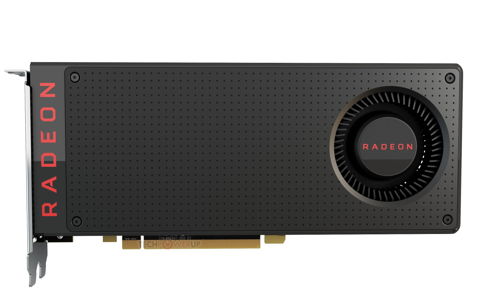 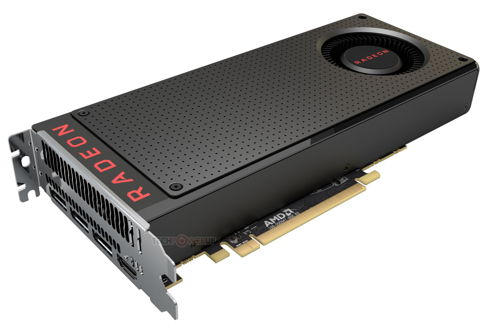 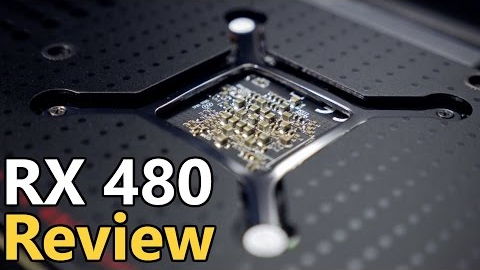 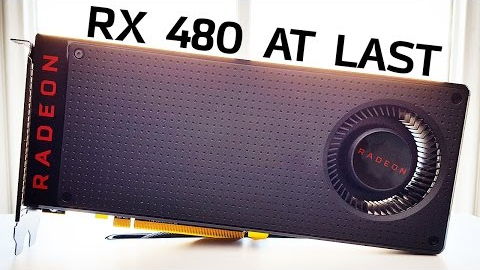 The Radeon RX 480 is the first GPU by AMD featuring the 14nm Polaris architecture. The RX 480 is a relatively inexpensive mid-range GPU and is geared towards VR gaming. Available in both 4 GB and 8 GB configurations.

When using Vulkan, a graphical API that allows developers to better communicate with the GPU, the RX 480 can achieve great performance improvements compared to the more standard DirectX 12 or OpenGL API's. Some recent games offer support for Vulkan, such as Doom, Dota 2 and Ashes of The Singularity. When playing Doom in 4K, the RX 480 is able to achieve an average framerate of 26 FPS in OpenGL, while Vulkan performance is significantly better at 35 frames per second. Similar results are seen when playing at a lower 1440p or 1080p resolution: 51 FPS (OpenGL) and 69 FPS (Vulkan) and 78 FPS (OpenGL) and 110 FPS (Vulkan), respectively.

While NVIDIA's new Pascal architecture is also compatible with the Vulkan API, the AMD RX series benefit greatly from it. In fact, the GTX 1060 which is considered the direct competitor of the RX 480 and is faster than the RX 480 in terms of raw power, does not benefit from using Vulkan at all. Because of this, the RX 480 is still significantly faster as seen in these benchmarks.

Pro
Excellent performance for the price

Price/performance wise, The RX 480 is an excellent graphics card. It performs better than previous generation high-end GPU's such as the GTX 980 and is suited for high-quality 1080p and 1440p gaming. In some situations, the RX 480 can even handle games in 4K-resolution, albeit with lower graphical settings.

In Rise of the Tomb Raider on 'Very High' quality mode and all other graphical settings set to maximum, the RX 480 achieves an average framerate of 63 FPS in 1080p, 44 frames per second in 1440p and 23 FPS when playing in 4K resolution. Similar results can be seen in benchmarks for Hitman: an average FPS of 75 in 1080p, a very fluent 57 FPS in 1440p and 31 frames per second in 4K. Both Rise of The Tomb Raider and Hitman are DirectX 12 compatible games and can be considered as quite intensive to run.

In short, the RX 480 is ideal for high-fidelity gaming in 1080p and 1440p and often provides the player with a stable framerate of above 60 frames per second with all graphical settings and eyecandy set to the maximum. Gaming in 4K isn't as fluent, but performance can be improved by using less intensive settings.

The RX 480 offers concurrent/parallel CPU to GPU communication in DirectX 12, Mantle and Vulkan with asynchronous shaders for the stream processors. Asynchronous shaders allow the developers of games to maximize the potential of AMD's new Polaris architecture and this technology is used to optimize DX12, Mantle and Vulkan performance in recently released compatible games. In short, developers can now use multiple task queues and split up GPU power across multiple tasks at the same time.

This also works well in virtual reality situations, where head tracking is required. Latency (delay between the images that appear on the display) and stuttering can be reduced by using asynchronous shading. This is reflected in the SteamVR Performance Test, where the RX 480 is given the 'VR Ready' label, indicating that the card is able to maintain a minimum framerate of 90 FPS at all times in an average virtual reality game.

The AMD RX 480 can be powered via a single 6-pin PCIe power connector with a maximum energy consumption of 150 watts. A single connector not only ensures a low energy consumption, but is also ideal for power supplies with a limited amount of wattage and/or 6-pin connectors.

AMD has chosen to provide all reference RX 480 cards with 8 gigabytes of video memory, even on the cheaper models which are specified for 4 GB only. This applies to the reference cards and most third party RX 480 chips as well - the decision to implement 8 GB regardless of the RX 480 edition was made for performance reasons. A tool has been posted online called ATIFlash, which allows users to edit the BIOS of a '4 GB' RX 480. A BIOS file of the 8 GB card is also available via the same link. It is however only recommended for enthusiast tweakers and is at your own risk. It's also necessary to check if you indeed are using a card with the extra memory, as it's possible newer batches of the RX 480 will effectively limit physical memory to 4 GB. However, this is an easy and especially inexpensive method of upgrading a RX 480 4 GB to a RX 480 8 GB card.

While a single GTX 1080 is still somewhat faster than two Radeon RX480 cards configured in CrossFire, the performance difference can be described as minimal and similar performance can be achieved for a much lower price point. It is worth noting however that not all games support multi-GPU's setups (well), which can lead to marginable performance gains for the second card. This setup also requires more power compared to a single 1080.

AMD has made it a bit harder to overclock the RX 480, as you can no longer adjust the voltage or clockspeed manually. Overclocking potential is disappointing, as the RX 480 doesn't appear to be stable at slightly higher clockspeeds. For example, a slight base clockspeed increase of 6.5% already causes artifacts and crashes. However, the video memory can be overclocked at maximum speed without many issues.

When the RX 480 cards were released, there was an issue where the GPU would draw too much power from the motherboard's PCIe slot, exceeding the 75W limit. This could lead to instability or permanent damage. AMD has somewhat resolved this issue by re-distributing power usage to the 6-pin connector, which is more capable of handling larger amounts of power than specified. Although this update prevents motherboard damage, the RX 480 still draws more power than stated in the thermal design point (TDP).

Users can choose to underclock the GPU to stay completely within the power limits, although this will lead to a minor performance decrease. This setting is turned off by default. Have a question about AMD Radeon RX 480? Leave a comment for 00RaZoR11, Vin and 13 other contributors.

Con
Not enough testing has been done to make definitive conclusions

Current analysis is based on leaked information that has not yet been verified.