What are the best HoloLens games?

My Recommendation for Fragments

My Recommendation for Fragments 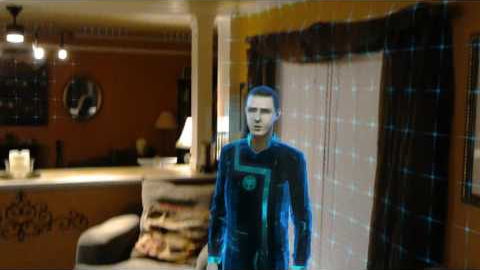 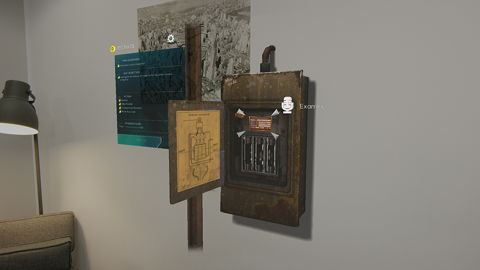 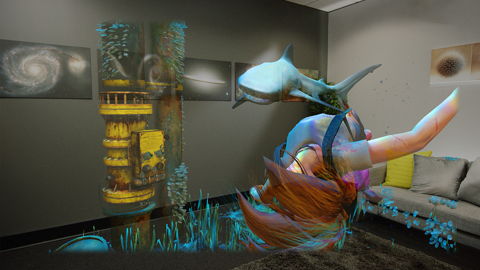 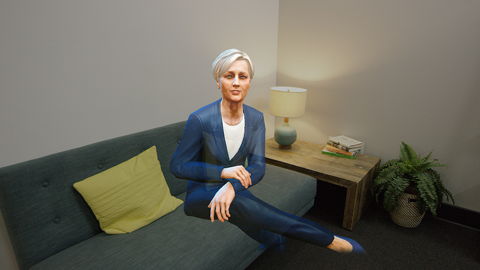 Fragments places a strong emphasis on audio, as it uses spatial audio to 'locate' a sound and a corresponding crime scene. Spatial audio is implemented well and further enhances the mixed reality experience. See More

Some interaction glitches can deteriorate immersion

Some interaction glitches can be seen in current gameplay videos, specifically when a holographic character is 'stuck' between a real life object. See More

The characters of Fragments adapt to the environment and the player. For example, when playing inside a room with furniture, the life-sized holographic characters could be sitting on a sofa or a chair instead of a generic position. The game also keeps track of the player's position, allowing gameplay elements such as characters sneaking up from behind. See More

Image quality isn't up to par with screenshots

The image quality seen in gameplay videos is quite unsharp and toneless, with noticeable aliasing. Although Fragments is in very early stages of development and HoloLens hasn't been released yet, screenshots are somewhat unrepresentative of the current state of the game. See More

Adapts to both small and large spaces

Whether you're playing Fragments in a small room or a larger environment, the game will always display the most important aspects of a crime size according to room size. See More

Allows the player to interact with the environment 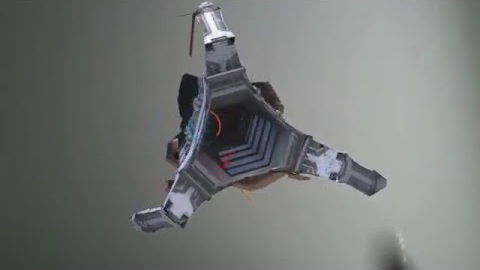 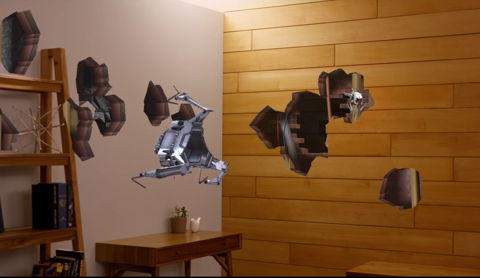 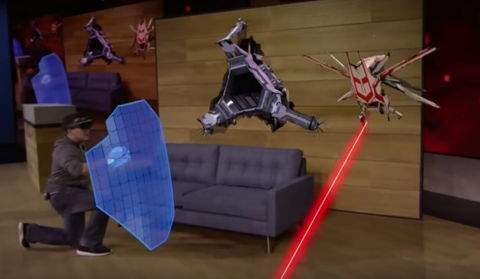 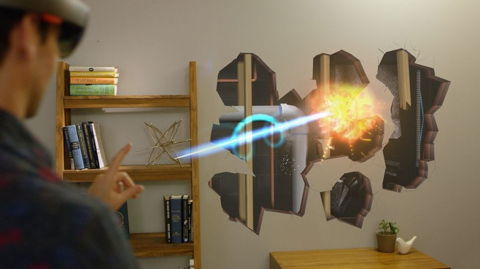 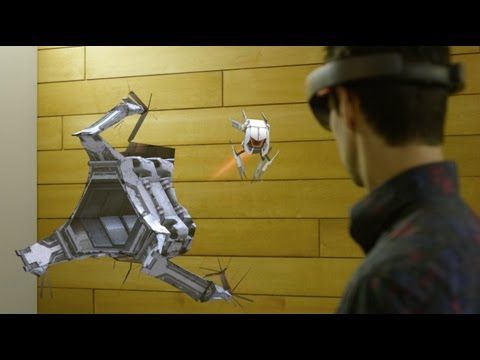 RoboRaid uses simple gesture controls for firing at the robots and these controls work well. The player uses air-tap gestures to fire a laser-like weapon while aiming at your opponents simply by looking at them. Incoming bullets, lasers and explosions can also be physically dodged. See More

Some bugs might occur when scanning your environment for use in RoboRaid. Enemies might not pick up some elements such as pillar structures for example, or doesn't use walls as an 'entry point' for the invading robots. See More

The image quality of the enemy models and the virtual destruction that appears on the walls is detailed and looks immersive because it blends well with the real world. See More

Limited field of view has a noticeable effect

The HoloLens has a rather limited field of view of 120° (for comparison, the natural field of view of your eyes is 180°), which is a noticeable difference and can affect the mixed reality immersion of RoboRaid. See More

The spatial sound of the HoloLens is well implemented in RoboRaid, as you can hear enemies that appear behind you before you get any chance to spot them. See More

Both enemies and player can interact with the environment

As with every HoloLens game, enemies can interact with the environment. RoboRaid makes good use of this feature, as enemies will have no line of sight if they're behind an object and robots show up from 'destroyed' walls in your environment. However, not only the enemy can interact with the environment as the player can use its own surroundings to its own advantage. The player can duck behind an object to hide from the robots or can use an obstacle as protection against enemy weaponry. See More
HideSee All
--

My Recommendation for Vivo

My Recommendation for Vivo 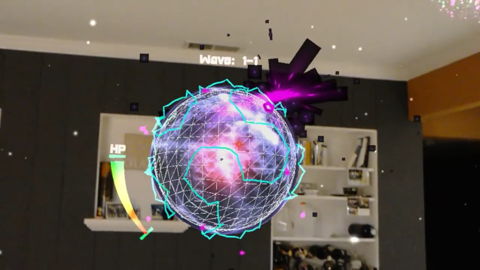 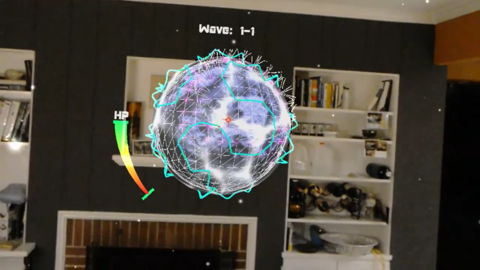 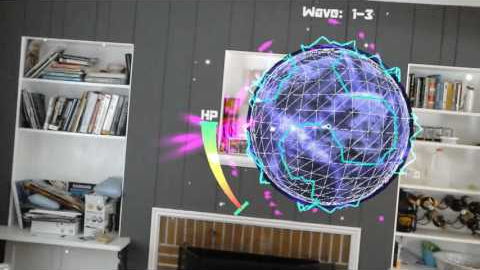 Add Video or Image
All
2
Cons
2

Vivo is in very early stages of development and single proof of concept gameplay video has been shown so far. The game is being developed by a small indie studio and was originally a mobile game. Details of the HoloLens adaptation of Vivo haven't been released yet. See More

Some graphical bugs can be seen, particularly when the games uses particles. Some black bankgrounds are clearly visible which makes the mixed reality perception less realistic. See More
Hide
--

My Recommendation for Young Conker

My Recommendation for Young Conker 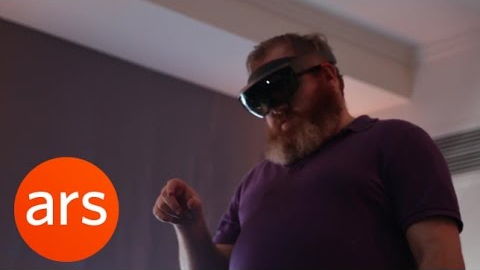 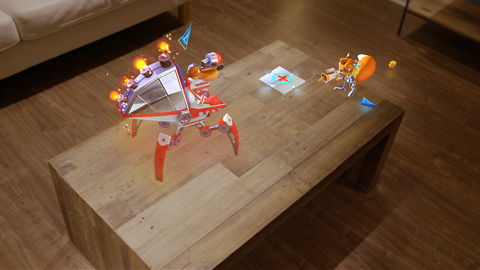 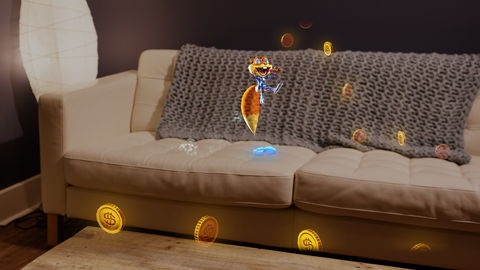 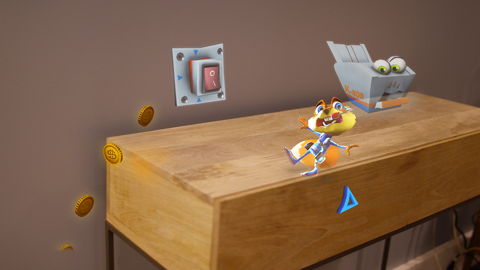 Although the main character is supposed to be a younger version of [Conker](https://en.wikipedia.org/wiki/Conker_(series) - a popular game mascot that has been affiliated to both Rare and Microsoft - this new representation does not resemble the 'older' version of Conker at all with noticeable physical differences. The original conquer can be described as a mix between a bear and a squirrel, while Young Conker strikingly resembles a generic squirrel. See More

Adaptable gameplay makes sure the game never gets old

Young Conker doesn't feature pre-determined levels, the environment essentially becomes its own level. By adjusting the environment (moving a piece of furniture for example) or by playing in an entirely different space, gameplay experiences can differ greatly. See More

Controls can be awkard and imprecise

Young Conker isn't controlled with a gamepad or even gestures, but uses the player's gaze to interact with the main character. The player just has to point at wherever he/she wants Conker to go to, but this control method isn't precise. Simple voice commands such as "Hurry up" are also implemented, but can be hard to execute on the right time. In short, controls can be awkward to use and are sometimes imprecise due to the delay in voice commands. See More

Good interaction with your environment

Before playing Young Conker, the HoloLens will scan the entire room and identify objects that Conker can interact with. The interaction works well, as seen in this gameplay demonstration video. Conker is able to make good use of the real life physical environment with the ability to jump to higher obstacles and collision detection is also well implemented, as Conker sometimes bangs into walls. See More

There is noticeable aliasing in current gameplay videos of Young Conker that isn't present in screenshots or promotional videos. This especially applies to the smaller mixed reality gameplay elements such as power-ups and coins. Although both Young Conker and the HoloLens system are in early stages of development, graphical quality isn't up to par with promo material yet. See More
HideSee All
-- 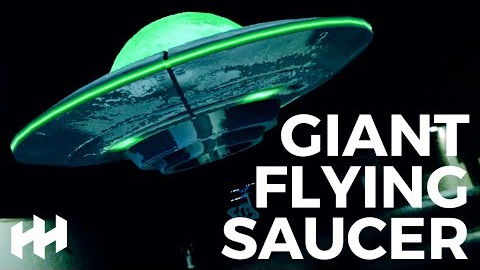 Add Video or Image
All
3
Pros
3

The game has a storyline that somehow makes sense of Photonics, Aliens, Dimensions, and maybe even Chic-fil-a, the Berenstein Bears, etc... kind of. See More

Uses your surroundings as the game world

The game uses Holographics to create the world you're in, in mixed reality. See More
HideSee All
I Recommend...