What are the best Platformers on Steam?

+7
14
User
Recs.
26
Updates
2 mons
Last
Updated
Here’s the Deal
Slant is powered by a community that helps you make informed decisions. Tell us what you’re passionate about to get your personalized feed and help others.
Related Questions
Activity
38 Options

Getting Over It with Bennett Foddy

The End is Nigh 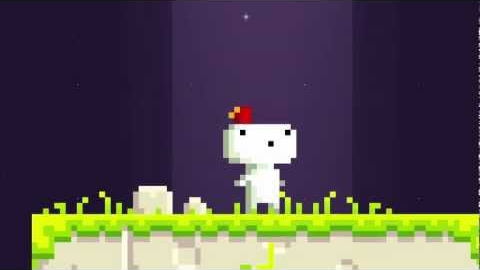 FEZ is a unique puzzle platformer that uses a 3D to 2D projection mechanic for navigating through levels.

The characters are interesting and expressive and the world they inhabit varies between vibrant forests and villages, foreboding caves, rainy cityscapes, and more.

Fez has some deviously hard puzzles and mysteries that will require gathering clues from around the world to solve them.

The core mechanic of FEZ is the ability to spin the world around in 3D, and then traverse and interact with the resulting terrain in 2D.

FEZ goes beyond just being a great puzzle platformer. It also has a very clever storyline and game world with a mysterious bygone civilization that fits perfectly with the mysterious puzzles of the game.

Soft synth sounds mixed with chiptunes makes for an enjoyable soundtrack that evokes a feeling of nostalgia while creating a fitting atmosphere that complements the graphics.

Part of the genius of this game is that it is playable as a casual platformer, but there is also great challenging depth to the game if you want it.

Even though all visited sections are mapped, it doesn't show which door leads to which other section so you are left to rely on trial and error and it can take a long time to guess a route if you can't remember it.

The world is an intertwined maze that rely on specific portals to travel between. Since the entire game revolves around locating cubes -- a minimum of 32 cubes are required to reach the game's ending (64 cubes and "anti-cubes" exist in total). A considerable amount of backtracking is needed to locate the needed cubes; which are intentionally difficult to find and acquire.

Navigation isn't quick, and each missed jump can make ascending an area feel like a laborious chore.

There is a lot of backtracking and so, you need to keep a pen and paper near you to take notes, because you might need something very important later on. For some people this might be a fun killer.

The lack of clear direction + the mysteries of the foreign writing alphabet and numeric systems may overwhelm players who got in expecting a simple & cute platformer game about a white dude with a red hat (a traditional Ottoman hat, which is called a "fez").

Although this game is a platformer, there isn't any depth to this mechanic. Though the platforming in itself isn't terrible, the majority of the game relies on it since there aren't many other mechanics in play (e.g. no combat, few upgrades). Since it is in general fairly slow, this will leave some disappointed, bored and feeling less than challenged. While others may find it nice for casual gaming, it can get fairly repetitive over time.

While the world map tries to be quirky by using the game's rotating mechanic, it makes the overall orientation very confusing. Furthermore, because the map cannot be freely rotated, many parts overlap, further hindering navigation.

Con
Guess-and-check instead of intuitive puzzles

Unlike other great puzzle games like Portal or Braid, many of the levels in Fez are unpredictable. You can't just look at the map and predict exactly what to do. You have to guess and check, and not all of the results are intuitive. While guess-and-check puzzles works well for games like The Witness, it's really tedious in a game like Fez.

The core gameplay loop of "jump until stuck, then rotate" is boring and repetitive within the first hour. Aside from this perspective-shifting mechanic, the game does not have much to offer.

PC version of the game has stability issues. Luckily, FEZ autosaves often so no much progress is lost when the game crashes.

FEZ has a couple of preset control schemes to choose from, but the buttons can't have functions assigned individually. 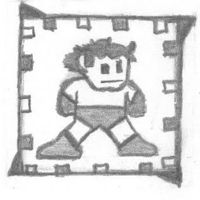 Have a question about FEZ? Leave a comment for DragonDawn, cubethethird and 16 other contributors.
See Product Page for "FEZ"