What are the best educational games on PC?

3
User
Recs.
8
Updates
6 mons
Last
Updated
Here’s the Deal
Slant is powered by a community that helps you make informed decisions. Tell us what you’re passionate about to get your personalized feed and help others.
Related Questions
Activity
29 Options

Typing of the Dead: Overkill 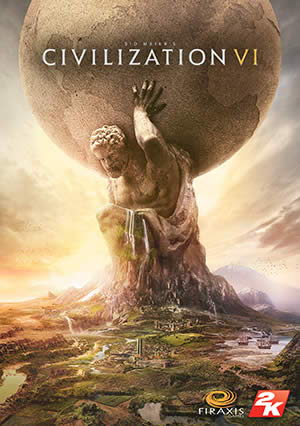 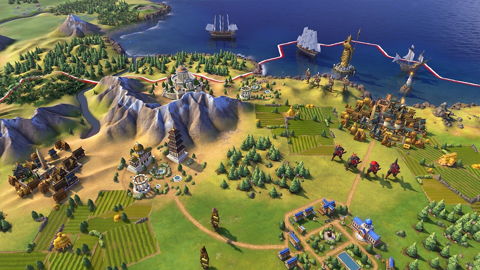 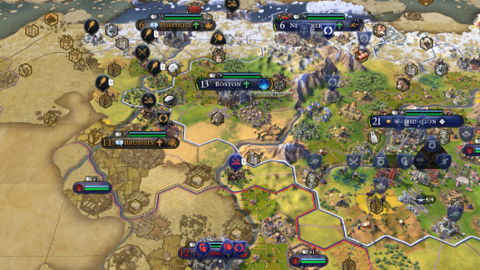 Pro
The gameplay stays true to the Civilization series

Civilization VI is a turn-based game where players will vie over resources and land. In order to do this, each player starts with a settler to create their capitol city with, and the game progresses from that point on. While it can be a little daunting because there's so much to do and learn, a few minutes of reading through the suggestions of your in-game advisers (which are AIs) and experimenting with the user interface will cut that feeling of dread out and replace it with fun.

There are several different types of resources on the map, and they usually yield food, gold, or production. Players can devote turns to training a worker from their city in order to "work" these tiles, letting you reap whatever benefits they may bestow. Getting yourself more food allows you to grow your city faster because you are able to work more tiles, and it just keeps getting bigger from there. Gold allows you to buy various units (like workers and settlers) or even buildings (which will provide even more food, gold, and production). Production allows you to produce units and buildings faster, which can be another way to instigate your city's growth.

There are also strategic and luxury resources. Strategic resources like horses, iron, or oil, allow you to create different units and buildings that would otherwise be unavailable to you. Luxury resources provide "amenities" to your cities, which also helps to make them grow. Amenities represent how happy your citizens are with your rule.

While you're building your cities, you are also simultaneously researching different technologies which allow you to build new buildings or improve different resources.

The point of the game is taking as many resources as you can get your hands on, and then building your cities to amplify those gains so that you can achieve victory, which can be done in one of 5 ways. Culture, Domination, Religious, Science, and Time/Score victories are all possible win conditions.

To attain a Culture victory, players have to attract tourists by generating high amounts of culture and tourism. A Domination victory happens when you capture the capital of every other civilization. A religious victory comes when more than 50% of the world follows your religion. A Science victory is done by achieving 3 things: you must first launch a satellite, then land a human on the Moon, then establish a Martian colony. Last is the Time/Score victory: you can set a number of turns for the game to run, and at the end of that turn the game is over. If you desire that type of victory, you will want to control many wonders (unique buildings that only one player can build) and research high levels of technology.

Pro
A ton of fun because it's so fast-paced

The computer opponents in this game are much more aggressive than they have been in the past iterations of Civilization (and in fact, more aggressive than in most turn-based games), which makes the game more fun all around. Because the AI is so bloodthirsty, you've got to make moves to solidify your position (or take theirs!), which leads to you amassing an army and numerous cities rather quickly.

Civilization VI utilizes a hexagonal grid for movement and combat. Each tile has six sides that connect to another tile, and units have a certain movement speed that is always depicted in tiles, which can be utilized in different ways. You can create stronger, slower units like catapults and pikemen, or decide to overwhelm and surround your enemies with faster units like cavalry. This adds a level of depth to the game that other turn-based strategies simply fall short of.

There's a limit of one unit per tile, which really makes you take the strategic aspects into mind. Ranged units can often shoot over melee units, but not always. You'll have to figure out a few interactions like that in order to be the best commander you can be, but the good news is that it's very intuitive and easy to learn.

Each leader has their own turn. Generally, the player goes first, then the computer players. This makes it much easier to plan your strategy, and you can take all the time you need.

From the players cities and armies to the lush landscape, Civilization is an astonishingly gorgeous game for those with systems powerful enough to push the graphics to the limit. However, even when on lower graphical settings the game still looks great and is well animated.

Unlike the previous games, Civilization VI has more of a cartoon-like feel to the environment, and that adds a more fun, less serious attribute to the game. It makes great use of colors and different landscapes in order to draw you into the game. It's also added background animations, for example, if you have a worker build an iron mine, then you'll actually see the mine being worked for the rest of the game. It certainly adds flavor to the game, and makes it feel more alive.

Sid Meier's Civilization VI has a large assortment of nation leaders to choose from that have an even bigger assortment of scenarios that are able to play out for said leaders. Each game can be quite unique in this way as each leader allows for a different nation to be controlled.

Con
Most victories won by timed or military victory

It can be pretty difficult to win by diplomacy, culture, or religion, which does add some challenge to the game but it can get tiresome if one keeps winning by only military or timed victories. 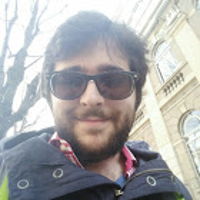