What are the best Top-Down Shooter games on Steam?

1
User
Recs.
10
Updates
6 yrs
Last
Updated
Here’s the Deal
Slant is powered by a community that helps you make informed decisions. Tell us what you’re passionate about to get your personalized feed and help others.
Related Questions
Activity
9 Options 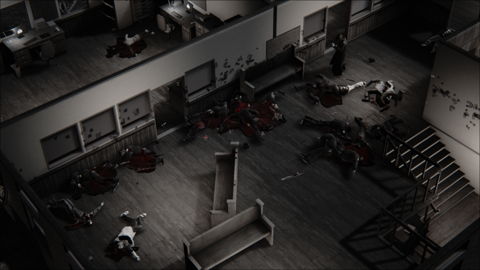 Hatred is an over the top serial killer themed twin stick shooter for the PC.

Pro
No mistaking the games intentions

Unlike many games that give a reason as to why the main character is killing "bad guys" over and over, Hatred is themed that the main character is a serial killer, killing to cleanse the world of humanity. While this is not far off from games like Destroy All Humans!, where you are tasked with wiping out the human race, the tones are completely different in that Hatred is a very dark and disturbed game. It can be refreshing to some to see a game be honest about what it sets out to do with little apology while being seen as a critique on the current state of gaming.

The game is a punishing twin stick shooter and it is difficult to survive, it will take a lot of practice but can be rewarding for those that like a challenge. While the controls do work best on keyboard and mouse the core gameplay lends itself to using two sticks to control the character such as what are found on a controller. The game can be frustrating, but that is part of its charm.

Using a controller can be tough with the game as the accuracy is not great, so it is recommended to use a keyboard and mouse. Even then the movement of the main character feels as though they are moving on ice, sliding around a lot. This makes it very difficult to be accurate even though a mouse is helpful in precision targeting.

The A.I. for the cops in the game is not great and often get stuck on objects or will not go up stairs. This leads to exploits as well as frustration due to the A.I. not doing what one would expect it to.

Have a question about Hatred? Leave a comment for Ryan.
See Product Page for "Hatred"