What are the best games you have played?

0
User
Recs.
6
Updates
4 yrs
Last
Updated
Here’s the Deal
Slant is powered by a community that helps you make informed decisions. Tell us what you’re passionate about to get your personalized feed and help others.
Related Questions
Activity
20 Options 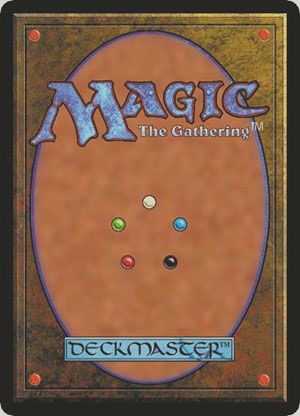 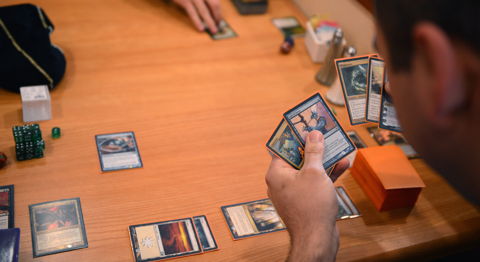 This trading card game (TCG) is one of the most widely played, especially among adults. It's been around since 1993. Players build decks (typically 60 cards, but this can depend on format) and battle each other using creatures, and spells (broken down into instant, sorcery, and enchantment categories). Creatures and spells use 'mana' - land cards which offer the resources needed to play creatures and spells. Players have 20 life, and you try to craftily lower your opponent's health while defending yourself with a complex web of creature's abilities and spells.

Pro
Thought provoking before, during, and after games

Before the game, you need to build your deck. You need to figure out what your deck is going to do - will it be a white weenie (white is one of the 5 colors in Magic, and has inexpensive creatures such as soldiers and some angels which attempt to overrun your opponent early on), a burn deck (a red deck based primarily upon instant damage spells), a control deck (typically blue and/or black which focuses on controlling aspects of the game, whether it be turn order, immobilizing enemy creatures, or other special abilities), an elf deck, or your own creation?

During the game, you will have many important decisions which could determine the outcome of the game. Do you save that lightning bolt to take out your opponent's life, or do you use it on a creature that's eating away at your life? Which creatures do you attack with - and will that leave you open to be attacked?

After the game you may need to tinker with your deck. Maybe you didn't realize how weak it was against your enemy's flying cards so you need to add some flying creatures into your deck or maybe creatures with reach would work well. Perhaps you have a high cost deck, and need to add more mana or take out high cost cards in favor of lower cost cards.

Pro
As intense as you want it to be

Magic is a very diverse card game - it can be as casual as friends building fluff decks to going to sanctioned tournaments. Events are held all over the world frequently (the most common is Friday Night Magic - FNM), but many locations offer different formats including drafts which can level the playing field more (as the legacy players can't bring in their decks they've perfected over the years).

Con
Can be extremely expensive

Especially if you're keeping with all the releases, the cards required to maintain a good deck can become very costly. The sky (or more likely - your bank account) is the limit.