5
User
Recs.
32
Updates
9 mons
Last
Updated
Here’s the Deal
Slant is powered by a community that helps you make informed decisions. Tell us what you’re passionate about to get your personalized feed and help others.
Related Questions
Activity
12 Options 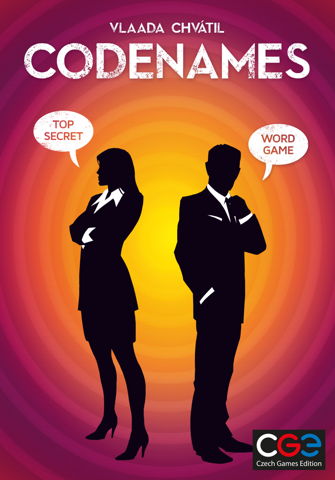 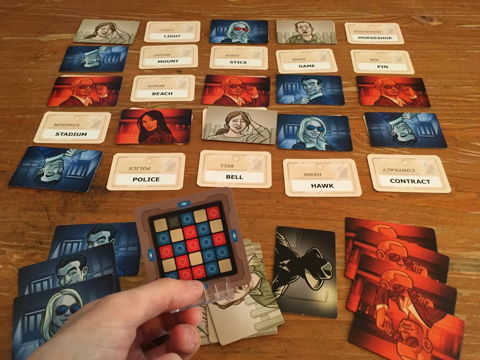 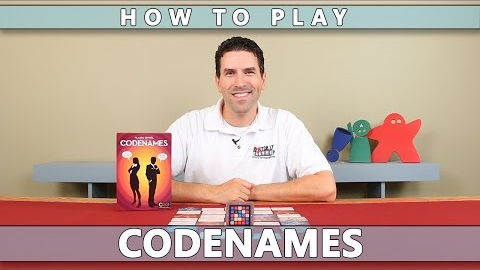 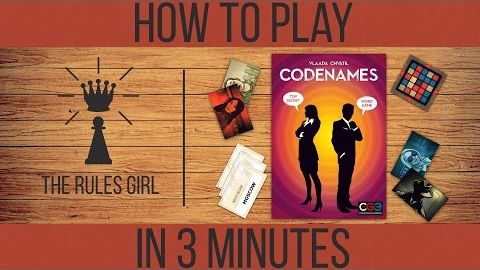 A brilliant game of word association, Codenames features 2 rival Spy Masters, blue and red, giving clues to their team in the hopes of identifying all of your agents before the opposing team IDs theirs. Spy Masters alternate giving simple clues to their team consisting of a word and a number. The word relates to the secret codenames of their agents, the number indicating how many of the 25 codenames on the table are tied to that clue. The other players then try to guess what words the Spy Master has in mind before the play passes to the opposing team. If a team guesses the assassin card, then that team instantly loses. Otherwise the game is won by the first team that discovers all of the agents.

You will almost never play the exact same game twice. You could play this game for years and you'll still have to stop and think of clues to give your operatives or ways to interpret what's been said to you. Codenames comes with 200 double-sided codename cards, of which you use 25 per game. Moreover, there are 40 key cards showing the layout of the agents that can each be orientated in 4 different ways.

Pro
Can be played by a lot of players

With an official player count of 2-10 players, there really isn't an upper limit to the number of players that can play Codenames together, which makes Codenames a perfect game for big parties or other events with a lot of people.

To play, players divide into two teams with each team having 1 Spy Master who gives clues to the rest of the team. This means that adding more players doesn't change the way the game is played, merely how many people the Spy Masters are giving clues to.

Pro
Players can easily drop in and out of the game

Codenames is a very accessible deduction game, where players guess words based on one clue from the Spy Master. A lot of people have been in the situation where a game is already in progress, but someone shows up and wants to join in - with Codenames this isn't a problem. A player can easily join a team and take part in the debates for the correct guess. There is no plot, no intricate mechanic that needs to be explained to people before they can play. You could even switch the players after every turn, and it wouldn't change the gameplay.

The game can lead to some hilarious moments when either guessing the answer or debating to find it. The key is to understand the Spy Master's thought process, but this is a harder task than it might seem at the start.

Since the Spy Master can't speak, the team often miscommunicates, which results in laughter for the other team and some frustration for the guessers, more often than not accompanied with a comment about how bad the Spy Master is. The debating process can be quite funny as well - the operatives might argue about who's right and what the Spy Master might've thought, or be completely confident in their guess and still fail. No matter the outcome, when the game ends the Spy Master can finally vent all of his built-up frustration, which can result in some good laughs too.

Con
Spy Masters must be kept in check

There are a lot of nuances in the rulebook regarding the responsibilities of the Spy Masters - what kind of clues you can give, how you react, what you say, etc. Of course, there are some variables and flexible rules, but the main gist stays the same. The Spy Master can't show reactions to guesses, be it a nod, a reply, or anything else because this might mislead the operatives or, on the contrary, reveal too much. This can get very difficult in more intense situations, so it's important for the opponents to be on the look out.

Con
Not great for small groups

The game really starts to shine from 4 players and more, which can quite often be difficult to assemble. Anything under that doesn't really work. There's a variation for two players that basically makes you work together against an enemy that gets one agent every turn, but this takes away a lot of what makes the game fun in the first place - the competition between teams, the debating, the strategy, etc.

Furthermore, the three-player variation is either the same as the two-player variant, albeit a little better because of the debating, or a competition between Spy Masters on who can give the best clues to the operative, which can give that player quite a lot of strain.

This wouldn't be the best game to play with people with a limited vocabulary, such as children or non-native speakers. The whole game is based on guessing various words, so players need to be able to understand the words and create associations in order to play. 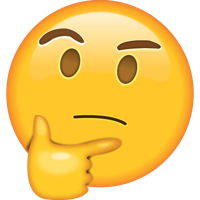 Rūdis
Contributor for 2 years
130
Total
Recs.
34K
Total
Karma
Codenames
Recommended 2 years ago
Pro
Can be played by a lot of players
Pro
Nearly endless replayability
Pro
Players can easily drop in and out of the game
Con
Requires some higher language comprehension
Pro
Hilarious
Con
Not great for small groups
Con
Spy Masters must be kept in check
See full Inguna
Contributor for 3 years
205
Total
Recs.
25K
Total
Karma
Codenames
Recommended 3 years ago
Pro
Can be played by a lot of players
Pro
Nearly endless replayability
Pro
Players can easily drop in and out of the game
Con
Requires some higher language comprehension
See full

Aux
Contributor for 3 years
10
Total
Recs.
400
Total
Karma
Codenames
Recommended 3 years ago
Pro
Can be played by a lot of players
Pro
Nearly endless replayability
Pro
Players can easily drop in and out of the game
Con
Requires some higher language comprehension
See full 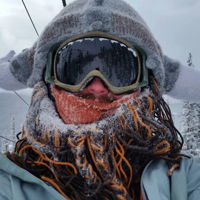 Have a question about Codenames? Leave a comment for Rūdis, Endi and 6 other contributors.
See Product Page for "Codenames"