What are the best free RTS (Real Time Strategy) games for PC?

+123
125
User
Recs.
113
Updates
13 days
Last
Updated
Here’s the Deal
Slant is powered by a community that helps you make informed decisions. Tell us what you’re passionate about to get your personalized feed and help others.
Related Questions
Activity
14 Options

31 Recommendations
See Product Page for "Beyond All Reason"

92
Must Play
Beyond All Reason 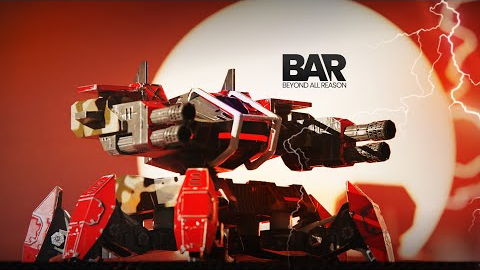 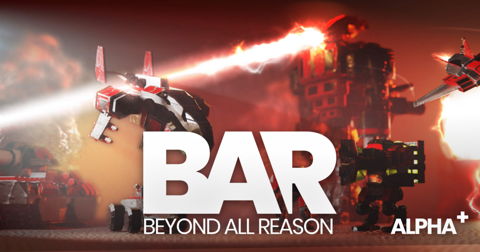 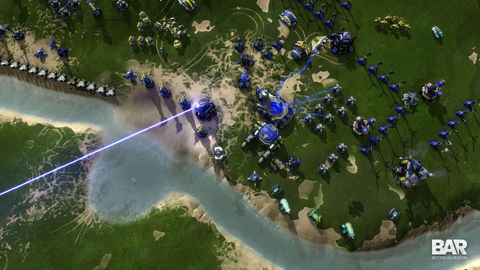 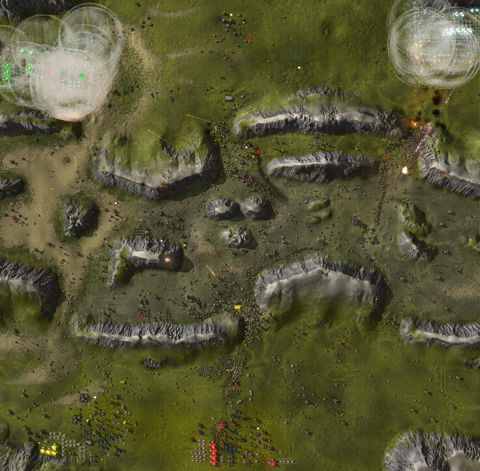 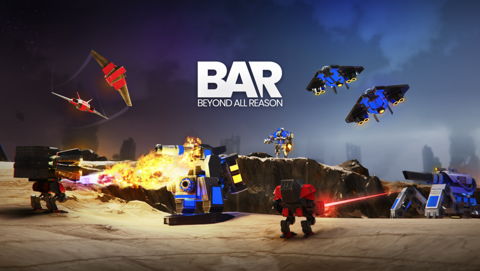 Beyond All Reason (BAR) is a free/open source real-time strategy video game. Powered by the Spring game engine, it was created to uphold the legacy of Total Annihilation. Beyond all Reason most notably introduces updated graphics, models, sound effects, soundtrack, and user interface, with the original aim to free the game from the proprietary assets of Total Annihilation.

CORE and ARM are portrayed as the Cortex and the Armada, respectively. In addition to Alien Raptors, there is a new faction, named Scavengers.

Currently, the game is in playable open-alpha, with the multiplayer gameplay nearing a finalised state. It is still being refined on a daily basis in terms of the client and infrastructure, and the development team is currently working on a single-player campaign. It currently offers ordinary skirmishes, 2 survival modes, and a bunch of simple scenarios.

This game take heavily from an old RTS Total Annihilation. Major nostalgia from that, but with a crisp WAY more fluid modern game.

Great people, always willing to help. <3 they are like family.

You can really have all your friends in game as the player count is high.

Great graphics and great music, what more could you want with thousands of robots fighting while you experience no lag.

Very real feeling, everything feels like it has mass behind it, and explosions feel big, real, and fiery.

Great Chickens and Scavengers dedicated PvE modes.
Competent skirmish AI.
Fantastic Chicken mode, it feels as if you are in starship troopers defending yourself against all odds.

Pro
Possible to use the terrain to your advantage

Mountains and hills can deflect or stop artillery's shells, acting almost like a wall to hide behind.

Pro
Best interface / customizability and control setup you can have

Pro
The most sophisticated UI of any RTS, bar none

The ability to move units in lines, to cover areas and to issue complex queues sets BAR far ahead of other RTS games that still use unit controls that have barely improved since Starcraft.

Area mex is such a huge QOL feature as is area reclaim.

Read up on it here.

Never reach stagnation, there is always something bigger and stronger. As opposed to other modern games where you always have the same lame reskinned trash.

Innovative system used in Spring Game Engine which is also utilized by another Spring Engine-based game named Zero-K. Basically, all ground weapons can fire on air units when they are within vertical range but likewise, physics play a huge part in this in that a good amount of ground weapons are not effective at hitting agile air units but are still able to hit ones that don't move fast enough to dodge all ground weapons like Gunships.

Everything now a days it handed to you, winning in this game, takes strategy and planning. It feels SUPER rewarding when you win (even if you did just hide behind a mountain like a coward in your turtle base as you bombed and nuked the enemy to death).

Read up on it here.

Pro
Unit leveling system using how much damage it caused

Very cool system that will show what units are veterans or not.

This creates a very tense situation.... WHO WILL BE THE FIRST TO CREATE NUKES?!?!?!

Your cannons can destroy things from far away, and walls and defensive structures deal out damage, while being super sturdy and tanky. As a defensive structure should feel, unlike other games where walls are weak, forts feel sad, and things like defensive towers or weapons are weaker only meant to help a little bit while your armies clash. Not this game, you can build a MASSIVE cannon to bombard the enemy base, creating tension as the enemy tries to destroy your big cannon that took forever to build and took tons of recourses.

Once tried you cannot stop anymore.

Con
No real campaign yet

Has scenarios, campaign is apparently "planned".

It used to be in Total Annihilation and some miss it. You used to be able to see how many kills a unit or building would have.

After playing this, you can't play other RTS anymore as you miss the amazing controls, scale and sky-high skill ceiling of BAR.

Players numbers are dependant on the time of day, although there is almost always a 1v1 available.

Con
Lobby UI is workable but not great

Devs are working on this actively.

Sometimes the A.I will break while clumping up on the map, however, they will still find a way to beat you (they are working on this though).

Con
Has a considerable learning curve

It's quite hard to get the hang of achieving appropriate continuous stable flow of managing macro/economy.

Con
Too many unit types

There are so many unit types it can make most people's heads spin.

Managing patrol/ferry/attach points in SupCom is incredible easy with large draggable icons at each intersection. While most functionality is available in BAR it just isn't quite as smooth yet. It's expected to change as development continues.

Con
Has the worst teamgame balancing algorithm ever conceived

ShoX
Contributor for 7 months
1
Total
Recs.
320
Total
Karma
Beyond All Reason
Recommended 7 months ago
I have played this game in its various states for 16 years now, tried almost every other RTS on the market, this is the only one I come back to time and time again. The latest version of BAR has been massively updated into a modern day RTS in terms of graphics, sounds and UI. No other RTS ever compares to th...
Pro
Scale
Pro
Free
Pro
Realism
Pro
Graphics and sound work
Pro
Powerful micro and macro controls
Pro
Nostalgic yet modern
Pro
Awesome community
Con
Still in alpha stage
Pro
Big teams
Pro
Nice soundtrack
Con
Low player count
Con
Has the worst teamgame balancing algorithm ever conceived
See full

ProductiveCaelus
Contributor for 7 months
1
Total
Recs.
250
Total
Karma
Beyond All Reason
Recommended 7 months ago
Total Annihilation style game, it's very smooth and runs well with high number of units and explosions on the screen. It has one of the best controls I've seen in an RTS game. You can draw formations for your units when moving them! You can draw !!on the map itself!! and place markers to coordinate...
Pro
Scale
Pro
Free
Pro
Graphics and sound work
Pro
Powerful micro and macro controls
Pro
Awesome community
Pro
Big teams
Pro
Nice soundtrack
See full

Paweł
Contributor for 7 months
2
Total
Recs.
415
Total
Karma
Beyond All Reason
Recommended 7 months ago
It's the best RTS I have ever played, nothing really compares f you ask me :) The unit control and scale for the gameplay is truly beyond reason. What is even better is that this game is produced by a bunch of passionate developers fully pro-bono.
Pro
Nostalgic yet modern
Pro
Awesome community
Con
Still in alpha stage
Pro
Big teams
Pro
Best interface / customizability and control setup you can have
Pro
Streaming economy
Pro
Great unit variety while maintaining better balance than most TA/SupCom esque mods/games
Pro
Great new UI additions
Pro
Open source software
Pro
All ground weapons can fire on air units - but not necessarily hit them
Pro
Utilizes open source Spring game engine
Pro
Nuclear bombs, and Anti nuke systems
Pro
Planes and aircraft feel real and nimble
Pro
Tons of unit types
Pro
Challenging A.I.
Pro
Only game where defenses feel like defenses
Pro
Unit leveling system using how much damage it caused
See full

WorthyTsukiyomi
Contributor for 7 months
2
Total
Recs.
150
Total
Karma
Beyond All Reason
Recommended 7 months ago
I found this game on YouTube, and I'm so glad I did. Best rts game out there and it's free! I have no idea why something like this is not on steam and other platforms, especially because it's way better than most of the small time rts games they do have. I have only been playing for about a week...
Pro
Scale
Pro
Free
Pro
Realism
Pro
Graphics and sound work
Pro
Powerful micro and macro controls
Pro
Nostalgic yet modern
Pro
Awesome community
Con
Still in alpha stage
Pro
Big teams
Pro
Nice soundtrack
See full 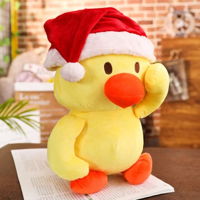 ExcitedCeto
Contributor for 7 months
1
Total
Recs.
310
Total
Karma
Beyond All Reason
Recommended 7 months ago
I found this game after looking for free RTS games to play and boi was I surprised that it's very similar to my good old favorite Open Source game named Zero-K. The only downside I see is that the economical learning curve is quite hard for me and I'm still trying to grasp on properly managing it b...
Pro
Free
Pro
Realism
Pro
Graphics and sound work
Pro
Nostalgic yet modern
Pro
Big teams
Con
No real campaign yet
Pro
Open source software
Pro
All ground weapons can fire on air units - but not necessarily hit them
Pro
Utilizes open source Spring game engine
Con
Has a considerable learning curve
See full

ConfidentTammuz
Contributor for 7 months
1
Total
Recs.
0
Total
Karma
Beyond All Reason
Recommended 7 months ago
An all around good experience. It's still in Alpha so not perfect but it still feels very polished and nicely put together.
Pro
Scale
Pro
Free
Pro
Graphics and sound work
Pro
Powerful micro and macro controls
Pro
Nostalgic yet modern
Pro
Awesome community
Con
Still in alpha stage
Pro
Big teams
Pro
Nice soundtrack
Pro
The most sophisticated UI of any RTS, bar none
Con
No real campaign yet
See full

PerfectTengri
Contributor for 7 months
1
Total
Recs.
320
Total
Karma
Beyond All Reason
Recommended 7 months ago
i'd consider this probably the most fun I've had with RTS genre, due to mostly not really having concrete build orders due to too much variables. economy can be rng (wind generation), there are tons of specific map things, and wide unit selection as well as positions you start in. takes a while to g...
Pro
Free
Pro
Powerful micro and macro controls
Pro
Awesome community
Pro
Big teams
Pro
Nice soundtrack
Con
Low player count
Pro
Best interface / customizability and control setup you can have
See full
Currently displaying 10 out of 125 total recommendations.

Have a question about Beyond All Reason? Leave a comment for Simona, Monika and 132 other contributors.

If you like Zero-K's style of auto-skirmish and other such things, this game doesn't have it. IMO it should be in and optional for those who don't want it (default off).

UpdateComments
2
See Product Page for "Beyond All Reason"