What are the best smartphones with a good battery life under $200?

1
User
Recs.
33
Updates
3 yrs
Last
Updated
Here’s the Deal
Slant is powered by a community that helps you make informed decisions. Tell us what you’re passionate about to get your personalized feed and help others.
Related Questions
Activity
5 Options 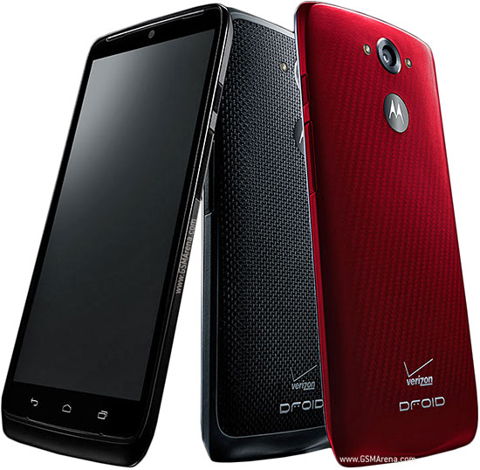 Sure, it's not the dual complimentary cameras becoming either standard or an extended fad on the current lines, but this is a single 21 megapixel camera with good autofocus an excellent flash, HDR/HDRa Moses along with options to manually adjust exposure values, allow you to take good base images that give you plenty to work with if you care to touch them up later. Further it is compatible with the app Open Camera, giving more precise control over focus and other software settings in this already excellent bit of hardware, including the ability to shoot raws, and keep all three of the HDR components rather than just the composite. Even if you get a ~$900 flagship tomorrow, it may be worth it keeping the turbo close due to its handy massive camera.

A feature lacking in even some of the flagships these days, the Turbo has a NFC reader/writer integrated in side the phone, on the back just below the camera. The range isn't amazing so sometimes it takes a second to register or line up, but I have had no problem writing NFC tags (some hard plastic disks, hard plastic hotel-key style cards, and some stickers with embedded tags). Exchange contact information with just a tap, or put the stickers places to make it easy to trigger Tasker profiles that would otherwise have needlessly complex conditional triggers, replacing the spaghetti code with the receipt of the NFC signal. Admittedly, maybe this feature is just for nerds, but it exists. Oh, and with something like dimple.io you can add extra physical buttons to your.phone to trigger axtions, using the NFC receiver.

Turbo bundles Moto Voice, a voice-activated personal assistant, Moto Display, a replacement notification system, and Moto Assist, a context-sensing personal assistant. Other than that it's a clean Android experience. In some cases, it comes with a dozen or so bloatware apps, but they are all added by the carrier; Moto leaves the phone nearly stock Android.

Turbo has a lock screen replacement that utilizes the AMOLED screen to only light the portion of the screen that it needs to display the notification, making it consume little power.

Additionally, the screen will automatically light up when the phone is taken out of the pocket or the hand is waved above it thanks to built-in IR sensors.

This screen has a breathtaking 565 ppi; compare that to Apple's hype for their iPhone X's super Retina which tops out at 458 ppi. Add on that that the Turbo has an AMOLED display and thus decent energy efficiency and the combination means it looks great but doesn't kill your battery.

The Droid Turbo battery capacity is massive at 3900 mAh, comparatively most smartphones have a battery under 3,000 mAh.

Con
No Micro SD card slot at all

You are stuck with your internal memory, and any OTG drives you feel like shlepping around because you will not be inserting a nice 256gb micro SD and forgetting about memory problems for three or four months at a time. This is somewhat mitigated by the fact that the Turbo does have OTG support (an adapter can be used to connect it to an externally powered hard drive to back up any personal files or APK's you want to keep at faster transfer rates than via WiFi to the cloud). The small internal storage is an issue because it seriously limits how many apps you can install, especially as high-performance apps like virtually anything from Microsoft, the Google suite, Adobe, and many of the more popular games start off with their compressed app taking up 100mb of your space, not counting the userdata and cache each quietly accumulate.

The palliative offset is that cloud services are terribly cheap these days, (Google is rolling out 2tb for $10 a month currently to their existing Drive customers, and soon to anyone who wants to buy in, and there are dozens of other services offering between 2 and 15gb of free cloud storage, so today (as opposed to when it was released and cloud services were more expensive and less reliable) you could likely get by quite well with a cloud account that's close to the size of the micro SD you would have added (there've been offers of about 200gb for $2.99 a month, a fair amount for the average consumer, though you'll want to make sure you upload on wifi rather than eat up your data cap). Alternatively, if you have the lump sum available, there are, as stated, a panoply of OTG solutions, including some truly minuscule micro SD readers attached to flexible cables that you could plug into your micro SD port and tuck between your case and phone body; depending on positioning and personal paranoia, you'd probably not even have to remove the adapter to wireless charge the turbo itself, but that's admittedly speculative because while the Qi induction shouldn't hurt the card, you wouldn't want to risk it. The adapters though are real technology, originally designed for adding extra micro SD or some slots to phones that use a hybrid sim tray rather than dual SIM + micro slot.

To reiterate one last time, unless you are trading up from an 8gig phone, you are going to feel a bit constrained by the internal storage so invest in either cheap cloud storage so you can access files as need, or OTG memory solutions so you can keep everything you want handy.

The standard version has 32 gb of internal storage, less because of not tiny system partition; it shows roughly 24 gb of user accessible space, but getting within a gig or two of that limit makes the phone perform abysmally, presumably due to the lack of room for virtual memory to be allocated.

The ballistic nylon version (which has a fabric-y covered backplate) comes with 64gb of internal storage.

At least originally; it seems the phone can be unlocked and used on some other carriers, but it's not guaranteed. 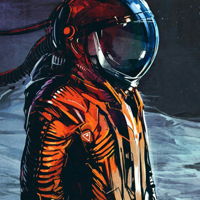 Stir
Contributor for 3 years
3
Total
Recs.
575
Total
Karma
Motorola Droid Turbo (2014)
Recommended 3 years ago
I've had an xt1254 since about a week after launch (coincidental contract renewal) and it is still my daily driver. I regularly have over 100 tabs open in chrome (I can't help it) and while that is about where the system starts to slow down, it's slow down, not crash. The huge battery (especial...
Pro
Good battery
Pro
Great 5.2" QHD display
Pro
Has a battery-friendly notification system called "Moto Display"
Pro
A mostly stock Android experience
Con
Verizon only
Con
Chunky design
Con
Limited internal storage
Con
No Micro SD card slot at all
Pro
Read/Write NFC
Pro
21 MP Rear Camera
See full
Currently displaying 1 out of 1 total recommendations.