+94
87
User
Recs.
59
Updates
7 days
Last
Updated
Here’s the Deal
Slant is powered by a community that helps you make informed decisions. Tell us what you’re passionate about to get your personalized feed and help others.
Related Questions
Activity
55 Options 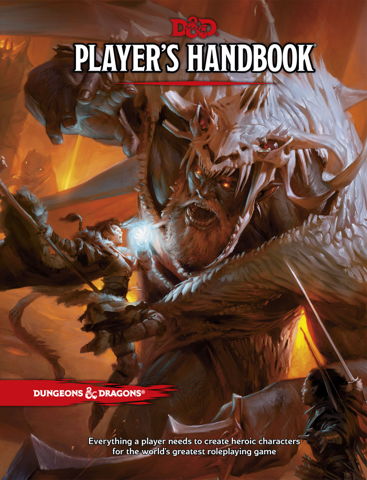 Wizards of the Coast provides free PDFs containing the complete core mechanical rules of 5th Edition D&D (combat, exploration, spellcasting, etc.) and a selection of iconic character options, monsters, magic items, etc. drawn from the full game. Though short on variety, the basic rules are playable and accurate to the full game.

While the 5th Edition rules are simpler than those found in other D&D versions, you can still be extremely creative with them.

This is the most recent edition of the game and is the only one for which official content is being produced. Do not expect to see new official adventures or splatbooks published for any of the older editions of D&D.

As with other editions of the game, much of the content is released under the Open Game License (OGL) allowing custom modification, extension and alteration of the game.

Bounded Accuracy is a core design ideal of 5th Edition. In short, it means the numbers don't get too big; this lets weak challenges remain relevant for longer, and strong ones become survivable sooner. In practice, it also places more focus on a character's inherent abilities and less on magical equipment than has been the case in recent editions.

As the most popular RPG out there, there is a huge community with lots of content to share.

5th Edition strikes an impressive balance in keeping the rules simple without limiting the creativity of players.

Pro
Absolutely the best for beginners

The grandfather of games newest child is much more forgiving and streamlined from its origin. It is also less restrictive in its settings than its first iterations. Examples like Explorers Guide to Wildemount and the Uncaged Modules on the DMs Guild.

This is the most recent edition of the game and is the only one for which official content is being produced. Do not expect to see new official adventures or splatbooks published for any of the older editions of D&D.

Bounded Accuracy is a core design ideal of 5th Edition. In short, it means the numbers don't get too big; this lets weak challenges remain relevant for longer, and strong ones become survivable sooner. In practice, it also places more focus on a character's inherent abilities and less on magical equipment than has been the case in recent editions.

Unlike some modern rpgs, D&D is designed to place players into an immersive, character-focused role within the story: the Dungeon Master is in control of the enviroment, non-player characters and many aspects of meta-plot, and must work with the players to create a coherent character with a background that fits the play world (no making it all up as you go along). Players who dislike not having equal narrative control to the DM may find this hard.

D&D 5th edition or any edition is an amazing game but...you have to have someone that is a good DM/GM for the game to be fun. Starting out from scratch you need to have a DM/GM that is very well read on the rules and ways of doing things. For noobs of D&D the DM/GM needs to be able to explain and guide the new incoming players on the way the game works and how to progress.

Con
Tries to be all things to all afficionados

Now that the base rules are out we are beginning to see it repeat many of the mistakes of prior editions, e.g. extended sub-classes, etc.

Con
It's too combat-oriented

It's meant for fight-y campaigns. Way too simple too.

Thieves and Rangers are pretty much useless.

Who wants to fight goblins at level 20, much less an army of them? It's the answer to the problem that didn't exist in the first place.

The DM's guide could be condensed into about a quarter its size. A good DM doesn't need tables for furniture (etc.)! In other places, rules could be much more robust, e.g. magic items, etc.

Most new gamers don't get the sense of the way D&D combats are handled (people seem to just stay there for hours hitting each other in the face until one goes down) and would feel bad when they propose a nice idea which has no way to be applied in the game through the rules and so the GM has to invent a way to show it's a nice idea without saying "no".
You have to wade through pages and pages of spells and rules to "build" an efficient character, and if you don't do it or are new to the game you are less useful for your party "by design". That's why it's "complex" ( if compared to a board game or a more streamlined RPG).

Rules often don't make sense compared to reality, for example a very agile character in armor would get no benefit from his athleticity "because you wear plate, you know" (plate armor weights as a marine backpack but the weight is perfectly distributed on the body, so it's even less encumbrance, some guys even did a video comparing them on the same obstacle-ride). AC doesn't make sense in general and the rules for healing HP are the worst: the more HP (high level) you have, the more time you require to get back from the same % of wounds: veteran heroes must rest more than greens.

Compared to most tabletop RPGs, D&D gives the GM (called the DM here of course) some of the most power and responsibility. However the core rules and even the DM Guide mostly focus on detailed mechanics rather than “here’s how the game is played and this is how to make it fun”. Since there’s a big community it’s not hard to find articles or videos full of advice but nearly every alternative to D&D gives a lot more guidance in the rulebook for handling the human side of the game.

Con
Not much material yet

As of January 2015, only the three core rulebooks and two adventure modules have been published.

Jess
Contributor for 2 years
1
Total
Recs.
250
Total
Karma
Dungeons & Dragons 5th Edition
Recommended 2 years ago
I've been playing D&D since 3.5. I find that not only is D&D 5th edition a versatile edition but it's also effective at introducing new players who have never held a character sheet before to the tabletop genre. Secondly, it lends itself to homebrewing from the player base i.e. fan made conte...
Pro
Almost unlimited support materials.
Pro
New, Popular & Growing
See full 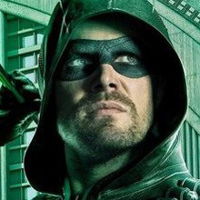 Malcolm
Contributor for 3 years
21
Total
Recs.
2.7K
Total
Karma
Dungeons & Dragons 5th Edition
Recommended 2 years ago
I ran Out of the Abyss last year and I am running Tomb of Annihilation this year and I have more than 30 yo RPG experience so I can tell this the better D&D at this time.
Pro
Versatile rules
Pro
Bounded Accuracy
Pro
Encourages character immersion
Pro
Free basic rules PDFs
Pro
Minimal but versatile rules
See full

PopularMacha
Contributor for a year
2
Total
Recs.
0
Total
Karma
Dungeons & Dragons 5th Edition
Recommended a year ago
Made it easy to get back into the game after 20 years away from it.
Pro
Versatile rules
Pro
Free basic rules PDFs
Pro
Absolutely the best for beginners
See full

HonorableAshaVahishta
Contributor for 14 days
4
Total
Recs.
0
Total
Karma
Dungeons & Dragons 5th Edition
14 days ago
Con
Lack of granularity
Con
Irrealistic and complex rules that often don't make sense
Con
Very unbalanced
Con
Hard for new GMs
Con
It's too combat-oriented
Con
Too much bloat in some places and not enough rules in others
Con
Tries to be all things to all afficionados
See full

Have a question about Dungeons & Dragons 5th Edition? Leave a comment for Justin, Malcolm and 103 other contributors.