What is the best free tabletop RPG?

+36
39
User
Recs.
47
Updates
3 mons
Last
Updated
Here’s the Deal
Slant is powered by a community that helps you make informed decisions. Tell us what you’re passionate about to get your personalized feed and help others.
Related Questions
Activity
30 Options 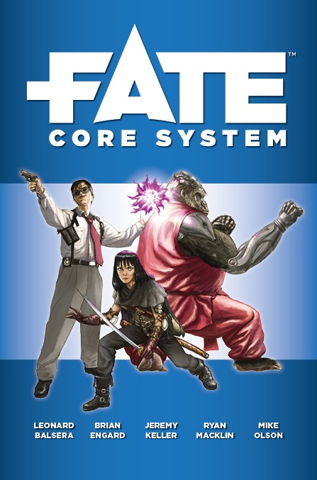 Fate Core is a free system from Evil Hat allowing your favorite setting's best and brightest to test their wits and prove their mettle in a framework for cooperative storytelling. Played with 4+ fudge dice, 30+ tokens, and character sheets, the system is ridiculously straightforward to learn. The currency is fate points. You can spend them for dice roll bonuses to convince your GM that an aspect (character trait) applies, or you can spend them to retcon story details ("It turns out I actually packed a set of lockpicks"). But recovering them means you must be compelled into an undesirable situation by your aspects. Spending the newly acquired point can remove any existing complications including the one which earned the point.

Gameplay progresses in storytelling scenes, and players work together to overcome Challenges, compete in Contests to influence the story in their favor, or in Conflicts to directly injure other characters. The Game Master introduces scenes, but Players are welcomed to contribute ideas during scene creation.

All considered, the Fate Core System is a flexible way of storytelling. Will you roleplay mysteries around a campfire? Bring your own wargame battle system and crawl a deep dark dungeon in search of glory and treasure? Build your own racers to climb the ranks of a steampunk grand prix, forming alliances and sabotaging your fellow players?

Also, the Accelerated version is just 50 pages whereas the Core version is 310 pages.

It starts at the very beginning by explaining what is roleplaying and moves on to introduce various mechanics and conventions and explains why they're there, when's the appropriate time to use them and what are the best practices on how to do it.

The book does so in easy to understand language, offers many examples and highlights the important bits in various ways.

Pro
Focuses on roleplaying by originating gameplay from world-building

Fate uses "aspects" to influence the gameplay in ways that are consistent with the world that's built. Aspects are descriptive phrases that define anything they are attached to. They give both roleplaying and mechanical advantages and disadvantages. For example, a character could be "raised in a wretched hive of scum and villainy" and that would allow him to better negotiate with thiefs and crooks, but also make him poor at fine dining etiquette.

If you have problems creating your own game world there are a lot of settings available for free and they range from fantasy to Soviet-era pulp sci-fi, so everyone can find something for himself.

The system is great for moderating a session of roleplaying. Bring your own setting, and any additional gameplay your group enjoys. It lends itself well to those without the money to invest in miniatures, game boards, or even tables.

Fate Core is a general purpose RPG system that can be applied to any theme.

Con
It can be difficult to come up with aspects

Con
Compel mechanic is not for everyone

Compels allow GM to trigger a player's aspect in exchange for a fate point. The player can avoid invoking noted apect by spending a fate point.

Concerns about the system include removing control from the player of how a character is played, GMs having a lot more data to track (each aspect for each player) and possibility of getting stuck in a compel-loop of forcing certain behaviour.

The general mechanics of Fate are broadly dissimilar to classic roleplaying games like D&D. While this is generally the system's strongest point, players who are not yet accustom to the game may find great difficulty with it.

Con
Not for passive players

If you find your players passive and unwilling to take an active role in creating game world then the experience may be not as enjoyable as it could be. 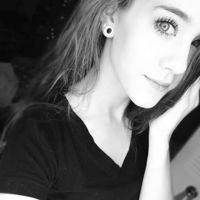 Have a question about Fate Core? Leave a comment for Andreas, Esteban and 45 other contributors.