What are the best services to protect against DDoS attacks for startups?

Traditionally, network administrators would try to handle them in house with server rules and incredibly expensive hardware specialized in handling high load. However, these approaches are fundamentally limited by the infrastructure layers above them, making them all but useless in today's massively distributed tech landscape.

To properly address DDoS attacks these days, you need a lot of muscle to filter out bad traffic, and that's power that is both inefficient to build per site, and impractical. Security proxy services are a layer between your server and web traffic, with powerful machines for analyzing and scrubbing bad traffic from good traffic in the Tbps capacity range. It's their job to stay up to date with the latest exploits, recognize new threat trends in their customer's traffic, and ultimately protect the sites under their umbrella from attackers.

Because of their prime position in the traffic pipeline, they are also highly suited for providing DNS and CDN services which they regularly do.

DDoS protection is a rapidly changing game, with new attack techniques constantly being generated. Track record is an important factor to take in. While bigger doesn't always mean better, the more diverse the web sites a proxy service manages, the more data they have to analyze various threats, and base a wider umbrella of protection on.

Layer 3 and 4 attacks are those that happen at the network and transport layers, which is generally below the level of abstraction you're working at. This includes, for example, reflection attacks that take advantage of weaknesses in TCP or UDP by spoofing the target's IP and requesting a response from another legitimate server.

Layer 7, or Application Layer attacks are generally the more familiar kinds of DDoS attacks, such as those trying to overload a server's resources by masquerading as a flood of legitimate HTTP requests. Because a good Layer 7 attack tries to look like legitimate traffic, customized rules may be needed to filter them out on a case by case basis, to help the security proxy know which requests are suspicious.

My Recommendation for Cloudflare

My Recommendation for Cloudflare 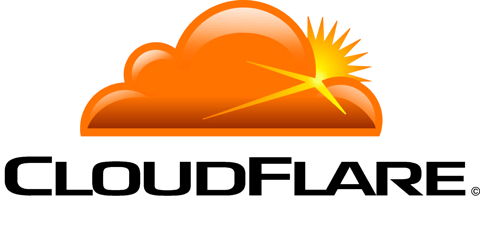 Handled some of the largest DDoS attacks in history

Cloudflare was able to deflect 2 massive DDoS attacks. During the March 2013 attack on Spamhaus, they were able to absorb a peak 120Gbps attack that lasted 4 days, as well as a 400Gbps attack in February 2014. Their track record shows their ability to protect against DDoS attacks in practice. See More

Layer 7 attacks must be manually identified

In order to enable layer 7 protection with Cloudflare, customers must manually press an "I'm under attack button". See More

Large install base allows them to analyze new threats

Cloudflare protects over 2 million web properties; with such a large and diverse set of customers, they can pick up on trends very quickly. While their competitor, Akamai has larger customers, they have fewer customers in total, giving them a less diverse data set for protecting smaller customers. See More

During large attacks, Cloudflare will block users with captcha screens to filter out malicious attacks. Albeit effective, they cause a considerable annoyance to legitimate users. See More

Cloudflare is pretty hands off when it comes to how much customization is required by the user. They take an approach of handling the hard stuff for you so you don't have to manage any security rules for yourself. See More

CloudFlare offers a free plan with basic DDoS protection and promises to always provide a free service with at least the feature set that it has today. More advanced DDoS protection is available for the higher plans, which can be added as your needs grow. See More
HideSee All
71

My Recommendation for Incapsula

My Recommendation for Incapsula

Great value for the price

For a full ADC package Incapsula comes in at 4k a month, compared to Akami's 13-14k, it is quite the bargain. See More

Scripting language and rules for IncapRules has steep learning curve

While there is a rules editor that offers a shortcut into rule definition, the learning curve to master how to utilize in full IncapRules is pretty steep. See More

Incapsula has a bot recognition engine to achieve a low rate of false positives on layer 7 attacks. These attacks are notoriously hard to detect as they are designed to look like regular network traffic. Their always-on recognition solution automatically triggers layer 7 protection without user intervention, protecting you during downtimes like holidays, weekends, and late nights. See More

Potential enterprise customers will need to call Incapsula to find out the pricing for their enterprise plans as they are not listed on the site and appear to be priced on a case by case basis. See More

Rules configured through IncapRules are able to instantly propagate to Incapsula's reverse proxy based global network. This is in contrast to DNS based systems that are subject to TTL/DNS cache delays, which slow down the propagation of custom security rules. See More

Incapsula provides a dashboard that shows traffic data in real time, allowing you to respond to threats immediately as they happen, and see the results of your response as quickly as possible. See More

IncapRules is a full fledged scripting language that gives clients full and detailed control of security policies. The language provides access to dozens of filters for analyzing incoming traffic, including headers, client type, location, access rates, and more. There are also a multitude of trigger responses on how to deal with the filtered traffic, including alerts, captchas, and blocking. See More

Incapsula has an extra layer of DDoS protection that also protects subnet network infrastructure, like FTP and email. See More

Incapsula chat support is always available. Chat can be much easier to use than phone support, as you can easily copy and paste technical data through text, and get instant feedback you don't get through email. See More

Incapsula's proprietary "Behemoth" machines handle 170 Gbps each, and process up to 100 million packets per second. As of March 10th 2015, they have a network of 13 data centers with these machines, allowing them to process more than 2 Tbps of bandwidth on top of their existing capabilities. See More
HideSee All
--

My Recommendation for Akamai

My Recommendation for Akamai

Being one of the worlds largest CDNs, Akamai's large scale gives it a huge point of presence (PoP) to handle volumetric attacks. See More

Akami's services cost more than triple comparative packages from other security companies. At 13k a month for DDoS protection, there are many other choices out there that cost less for the same protection. See More

The Kona Site Defender rules are all customizable, with continuous updates from Akamai. This means you can see how they are protecting your site under the hood, and adjust them to your needs. See More

Because of Akamai's large CDN structure, it can take some time for security rules to propagate, making it harder to adjust security responses on the fly. See More

Through Prolexic's PLXedge, Akamai provides their customers with a total of 2.3 Tbps of dedicated DDoS absorption bandwidth. See More

If a sudden attack sucks up a lot of bandwidth, the bandwidth costs are capped. See More

My Recommendation for Verisign

My Recommendation for Verisign 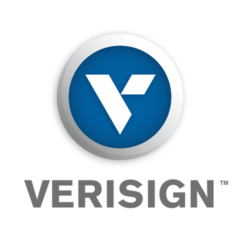 Thorough and customized set up process

Verisign uses a very thorough set up process that can take weeks. This allows them to customize the payees service to their site/s in order to provide the best protection possible. See More

Verisign does not offer 24/7 live chat for customer service, only 24/7 telephone and e-mail support. See More

Signature analysis, dynamic profiling and filtering of the OSI stack are used to detect DDoS attacks

Verisign uses a multitude of tools simultaneously to detect security breaches and DDoS attacks. By using signature analysis and dynamic profiling along with filtering of the OSI stack (in order to detect DDoS attacks that are not coming from the network layer) Verisign can easily detect attacks to then alert the user as well as start mitigating the attack. See More
HideSee All
-- 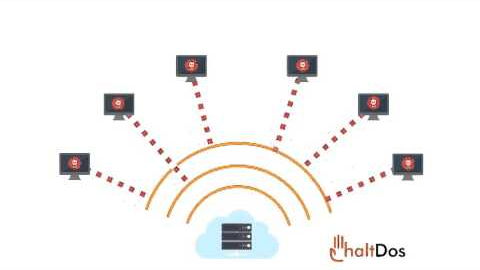 Add Video or Image
All
1
Pros
1

My Recommendation for AWS Shield

My Recommendation for AWS Shield

Add Video or Image
All
2
Pros
2

If you already use AWS services, AWS Shield Standard is available for no extra costs. You can choose to upgrade to AWS Shield Advanced for a higher degree of protection. See More

AWS Shield offers several options to deal enforce cyber security. You can block specific requests, or block all requests except the ones you specify, e.g. by IP addresses. See More
Hide
--

My Recommendation for Cyberlands.io

My Recommendation for Cyberlands.io