What are the best QWOP-like games on PC where controls for basic actions are purposefully ridiculously difficult?

3
User
Recs.
5
Updates
6 yrs
Last
Updated
Here’s the Deal
Slant is powered by a community that helps you make informed decisions. Tell us what you’re passionate about to get your personalized feed and help others.
Related Questions
Activity
3 Options 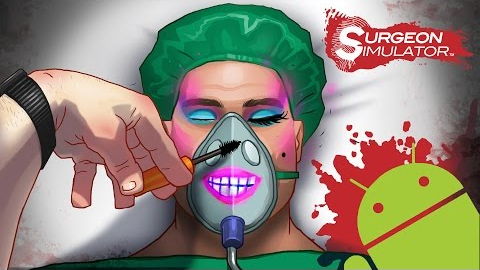 Surgeon Simulator is a humorous and over the top surgeon simulator game that was originally created during a game jam and then later polished to its current release form.

The gameplay consists of the player clumsily trying to control a doctors hands while being tasked to perform surgery on a patient. Any tools can be used, poorly controlled at that which makes for funny circumstances that are not only fun for the player but also for anyone watching.

There is not much in the way of hand holding in the game as many situations can be passed more easily once the payer understands the ins and outs of the game. Things like a green serum not being explained that it helps with a patient bleeding will only be discovered through trial and error, which in the end is rewarding to finally learn all of the mechanics of the game.

In the game the player controls the movements, rotation, raised/lowered stated of the surgeons hand as well as each finger separately. It's purposefully difficult to control the movements of the hand well. The difficulty of controlling actions creates lots of opportunities for slapstick.

Con
Can get frustrating

While lack of accuracy of the controls is the main draw of the game it can at times get unnecessarily frustrating.