What are the best CPUs for high-end desktop gaming?

+14
24
User
Recs.
6
Updates
2 yrs
Last
Updated
Here’s the Deal
Slant is powered by a community that helps you make informed decisions. Tell us what you’re passionate about to get your personalized feed and help others.
Related Questions
Activity
8 Options 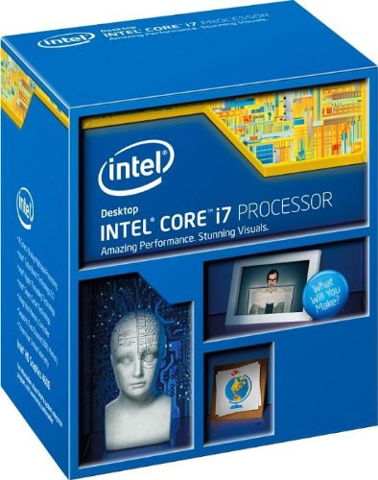 The Intel i7-4790k is a high end 22nm Haswell based 4.1 GHz quad-core CPU. It is in Intel's K line and so is unlocked allowing for easy overclocking. It fits with the LGA 1150 socket for motherboards that feature it.

Being a quad-core CPU means that hyperthreading is available, more so than an i5 thanks to the higher clock speeds and available cache. This means that games that take advantage of hyperthreading will perform better than with a CPU that does not have many cores or is just at a lower clock speed and has less cache available. While the jump in performance is not much for games that can only utilize a single core of the CPU, it still is a jump of about 2-3 frames over an i5 of the same generation.

Being that this is a Haswell chip that uses the LGA 1150 socket, it is quite easy to find cheap motherboards and cheap RAM (DDR3) to use in those motherboards. This makes a good option as it is still a powerful chip comparable to even newer ones but allows for a wide selection of compatible parts. It also is a good choice for those that are already using a LGA 1150 compatible motherboard and would just like to upgrade from a less powerful CPU.

More and more stores are not carrying this chip as newer generation chips are seeing their prices drop. This means it can be difficult to obtain, though there are a few places that it can still be picked up easily.

Based on the fourth generation of Intel's core architecture (Haswell) there are newer chips out there two generations ahead (6th gen Skylake). While comparing one to the next there are only slight improvements in the newer generations, but improvements all the same for close to the same price.

Have a question about Intel i7-4790k? Leave a comment for -Sam-, thermoplastics and 23 other contributors.
See Product Page for "Intel i7-4790k"