What are the best board games that have acting in them?

2
User
Recs.
4
Updates
3 yrs
Last
Updated
Here’s the Deal
Slant is powered by a community that helps you make informed decisions. Tell us what you’re passionate about to get your personalized feed and help others.
Related Questions
Activity
5 Options 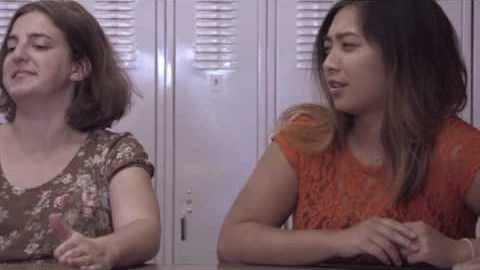 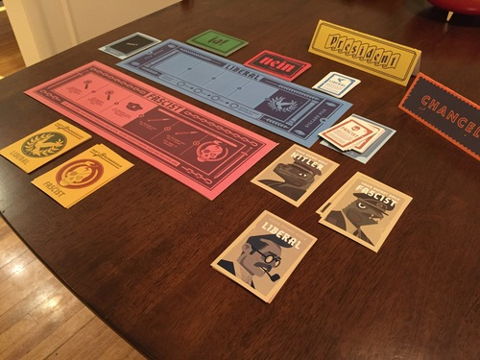 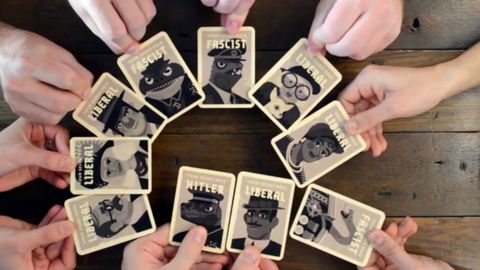 Secret Hitler, a game that was published after a successful Kickstarter campaign, is a game of political intrigue and hidden identities. It's set in Germany during the events that eventually led to World War II. There are two teams (Liberals and Fascists) and an elected Government that passes laws during the game. The Liberals have to prevent the Fascists from successfully getting voted into the Government and passing Fascist laws.

Pro
Good combination of logic and social deduction, with a pinch of randomness

To win Secret Hitler players have to be able to play logically and figure out, using logic and the information they have, how the other players are playing. At the same time, there's a good amount of lying and deception going on, and that social aspect of figuring out who's not being honest meshes well with the logic reasoning. There's also an element of randomness coming from the Laws cards that takes the difficulty of the game up a notch.

This is an historical themed game, and one that took a very smart and creative approach to the historical events it portrays: Hitler's rise to power. Even if, admittedly, the setting is simplistic when compared to true history, most will still learn something from the game or at least feel compelled to do some reading on the subject.

The way the game is built, while the Liberals have lots of information to figure out and deduce, the Fascists have access to almost all of it. It is true that, in the "hidden identity" family of games, the general setting is an informed minority VS an uninformed majority, but other games usually integrate something that's hidden from the informed minority, like a one-player team that wins alone or a vigilante that kills bad guys. Something like this is strangely missing from the game. 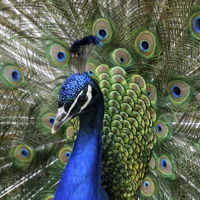 Have a question about Secret Hitler? Leave a comment for Adrian, Alex and 1 other contributor.
See Product Page for "Secret Hitler"