Which Linux distros strongly resemble macOS in look and feel?

+29
38
User
Recs.
1
Updates
10 days
Last
Updated
Here’s the Deal
Slant is powered by a community that helps you make informed decisions. Tell us what you’re passionate about to get your personalized feed and help others.
Related Questions
Activity
13 Options 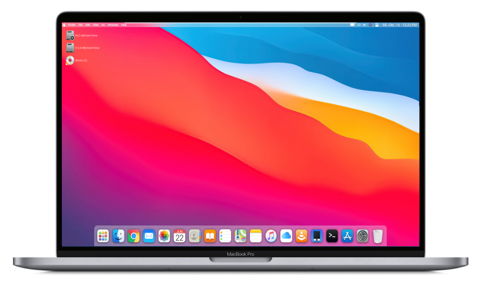 I came up with the idea of making a own distribution while I planned to migrate my systems to Linux.

At first I played around with pure Ubuntu 16.04 LTS in Jan 2017. But neither the original unity desktop or the additional installed desktop environments like Mate, KDE etc. really hit my nerve. I don’t want a “Windows like” system, since I will always see Windows as what it is: Instable, complex, intransparent and insecure.

macOS on the other side is stable, because based on BSD with all it’s features from the Unix-world and feels lightweighted. A system like this I always searched in the Linux-World.

Than I discovered elementary OS Loki 0.4 and I was impressed. Clean, slim, smart. A Linux OS which really feels a bit like macOS i thought at first.

But soon I found out that the spirit of the elementaryOS developers goes way too far in the wrong direction from my point of view.

For example: I think if Apple decides to close there OS against third-party-apps and reduce the amount of preinstalled software to a minimum than only because of business reasons. Less third-party-apps, less danger of unexperienced people who play around, wrack the system and than blame Apple for their selfmade mistakes.

But Linux stood and always will stand for the freedom of the users and developers to do what they want to do and not be jailed within a system setup and has to jailbreak it first.

And to come again to macOS – if you really want to install third-party-apps, it is still possible with MacOS without really much work. You don’t need to klick through many hidden setting menues or first do a google search for the right commands you than have to enter in a shell-terminal.

But the team of elementaryOS did exactly this. They “jailed” their OS. For example it’s not possible to install .deb files (the equivalent of .dmg files in iOs) by default or add third-party-sources for packages.

My next point I had problems with is about the standard software which comes with elementaryOS. Well-known solutions like LibreOffice, Thunderbird, VLC etc. aren’t pre-installed – but the developers replaced them with self-made ones. And they are all… well ok. They can be used. But at the end of the day they are programs made by the creators of the distribution which is, let’s be honest here, a very small team and not comparable with big community projects like other Open Source programs. So the programs of elementaryOS come with very less functionality compared to big projects and just do the absolute minimum of what well-known programs can do – if ever.

I could find so many post’s online like “the first 11 things you need to do after installing elementaryOS” or “how can I get xyz running under elementary?” or “why is xyz missing in elementary and how can I get rid of the standard programs for xyz and replace them by REAL working programs?”

This – and the fact, that elemtaryOS not even allow desktop symbols, like literarly every other normal operating system in the world, including Windows, macOS and so on, lead to my decision, that I want to take elementaryOS as an inspiration – and do my own “macOS like” Distribution.

At first I started with elementaryOS itself as Base since I thought I could make it look and feel like macOS again and “jailbrake” it with just a few adjustments.

But oh boy were I wrong with that 🙂

It took me almost two years to accept that I would have to separate from elementaryOS completely since this would be less effort than try to “undo” all there mistakes. So from the third Beta-Version of iBuntu, Ubuntu 18.04 LTS was my new Base and I builded everything again from scratch.

Since this Beta-Version (0.3) still was very buggy in some ways I decided to take it as a learning platform but recreate my final 1.0 Release again from scratch but with all continuity to the 0.3 Version.

Because 0.1 and 0.2 took their Design from macOS Sierra and Beta 0.3 adapted the macOS Mojave-Style I thought it would be just pure logic to implement Build 0.4 Version 1.0 of the final Release with macOS Catalina as Default-Design.

The Result after three years and several Beta-Versions is now “iBuntu Catalinux” – and I can tell you, everybody who first saw and used it felt at first like it really would be macOS with a little bit different design theme under the skin. And best of all: With “iBuntu” it’s really everything on board, what is needed. A good round software-package and no jails at all!

Like this my little Distribution hit the goal which elementaryOS once was started to hit but than lost themselves in overdoing it too much: Give the users a system as stable, userfriendly and yet still free and open as it can be. Connect the best of macOS (design, usability…) with the best of Linux (open source, platform independence etc.)

RespectfulTitias
Contributor for a month
1
Total
Recs.
0
Total
Karma
ibuntu
a month ago
RespectfulTitias hasn’t added their experience, pros or cons to their recommendation.
See full