+15
18
User
Recs.
50
Updates
1 yr
Last
Updated
Here’s the Deal
Slant is powered by a community that helps you make informed decisions. Tell us what you’re passionate about to get your personalized feed and help others.
Related Questions
Activity
16 Options 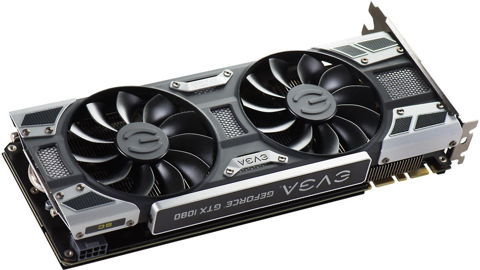 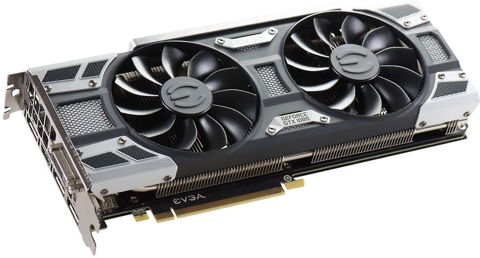 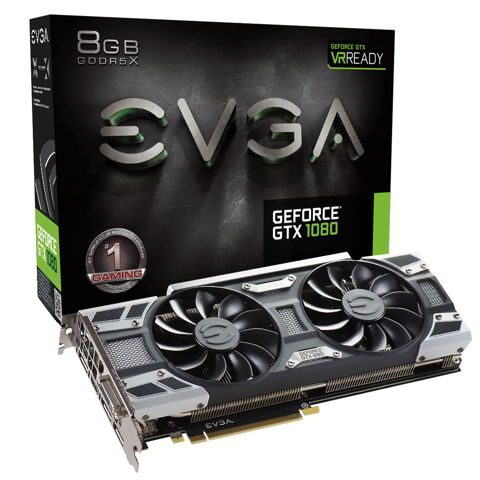 The NVIDIA GeForce GTX 1080 is the first available graphics card using the 16nm Pascal architecture and is positioned as the top GPU in the high-end range. The 1080 has 8 gigabytes of GDDR5X memory, three DisplayPort 1.4 connections, a single DVI-D port and an input for HDMI 2.0b. The ACX 3.0 SC model by EVGA features a different cooler than the reference Founders Edition and a higher clock speed.

The EVGA GTX 1080 ACX 3.0 uses its own built-in cooling system which includes two fans. The ACX 3.0 cooler has been used on a lot of high-end graphics cards, and the GTX 1080 by EVGA is no different. In an idle situation, the EVGA GTX 1080 generally reaches temperatures up to 56° Celsius. At a first glance, that's pretty high, but the fans don't start spinning unless a temperature of 60° is reached. During full load, the EVGA GTX 1080 chip heats up to a maximum of 75 degrees Celsius - eight degrees cooler than a reference (Founders Edition) GTX 1080.

The maximum temperature of 75° C also means that throttling doesn't occur with the EVGA GTX 1080 SC Gaming ACX 3.0, something that tends to occur with other GTX 1080 cards with worse coolers. In other words, the graphics card won't slow itself down in order to stay cool: performance will be 100% at all times.

The GTX 1080 SC Gaming ACX 3.0 is a virtually silent card. In a non-gaming idle situation, the two fans of the cooler don't spin up at all - the card stays completely inaudible up to temperatures of 60° Celsius. Even during full load and intensive gaming situations, this edition of the GTX 1080 is remarkably quiet and stays under 40 decibels (when measured two inches above the motherboard in an open environment). For comparison: the reference GTX 1080 produces 45.5 dB of noise. Annoying coil whine sounds are not present in this edition either.

This results in a slightly better performance, although practical performance differences aren't as noticeable. For example: In Rise of the Tomb Raider at 1080p and maximum settings, the SC ACX 3.0 is nearly 5 FPS faster than a regular GTX 1080. In the benchmarking suite 3D Mark Fire Strike Extreme, a GTX 1080 with reference clock speeds achieves a score of 9,387 points while the EVGA Superclocked takes the crown at 9,622 points. Although the performance differences between this overclocked card and a reference GTX 1080 are minimal, the extra power is nice to have nonetheless.

The EVGA offers the most performance for the dollar, and is $100 cheaper than almost any other decent GTX 1080 card. It has a great cooler, and comes with a decent clock speed without compromising the noise the card makes making it a well balanced option.

As it only requires 1 8 pin connector, it draws much less power for those whom may not have a high wattage rating power supply. Making this more eco friendly when it comes to energy usage.

There is an annoying coil whine noise on this card, and it seems to be a widespread issue. Instead of just a few reports, there are numerous reports on Reddit (1, 2), Youtube (1, 2), as well as the official EVGA forums (1, 2).

Con
Hard to get due to availability issues

Have a question about EVGA GeForce GTX 1080 SC Gaming ACX 3.0? Leave a comment for Krito, Logan and 24 other contributors.

GTX 1080 is the most powerful consumer-level GPU offered by Nvidia that's currently on the market. At 1440p with highest available settings it has an average fps of 116.5 for Dirt Rally, 101.9 for Battlefield 4 and 75.8 for GTA V. Compared to the previous high-end NVIDIA GPU, the GTX 980 Ti, that's an average performance increase of 20%.

While performance is higher than its competitors, the GTX 1080 FE actually uses less power. The maximum amount of power consumption this GPU requires is around 185 watts, which is an improvement of over 35% compared to NVIDIA's previous generation high-end graphical card, the GTX 980 Ti. This also plays a positive role when choosing a power supply, or determining if you need to upgrade your existing PSU.

Con
Not compatible with P9X79

Many buyers have reported that their EVGA GTX 1080 cards are ramping their fans up to 100%, and displaying a black screen. There are more than 200 1 star reviews on Amazon (making up 43% of all reviews), most of them citing these issues.

SLI - short for Scalable Link Interface - is NVIDIA's technology of combining the power of two or more identical GPU's in order to reach a better performance. In other words, you can use multiple GTX 1080 videocards to further increase performance. Although the GTX 1080 supports 2-way SLI without a problem, NVIDIA does not offer support for 3- and 4-way SLI. The included SLI-bridge which serves as a connector between the two cards, is only compatible in a 2-way configuration. 3-way and 4-way SLI are possible, but aren't supported. You'll have to use an older SLI-bridge found on older GeForce models and you'll need to generate an 'Enthusiast Key' on NVIDIA's website. However, NVIDIA does not guarantee a 3- or 4-way configuration will provide any noticeable benefits.