1
User
Recs.
15
Updates
5 yrs
Last
Updated
Here’s the Deal
Slant is powered by a community that helps you make informed decisions. Tell us what you’re passionate about to get your personalized feed and help others.
Related Questions
Activity
15 Options 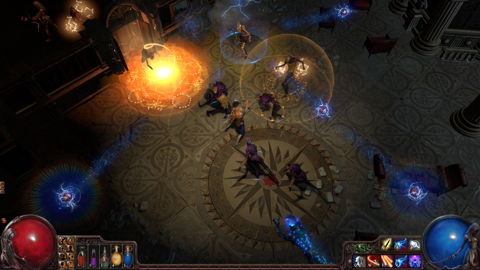 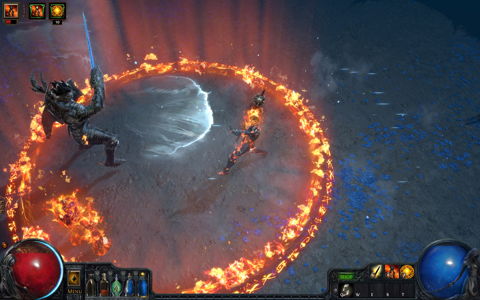 Path of Exile is a free to play action-RPG game similar in style to the Diablo franchise. A game focused on deep customization through using unique feeling characters. This is all offered for free, with in-game purchases available for cosmetic items and improved inventory storage.

Pro
Completely free to download and play without falling behind

Everything is completely free to download and play, and you won't fall behind if you choose to play for free. However, you can buy cosmetic items (items that will make your character and skills look different) and stash tabs (they allow you to hold more items that you're not using) in order to support the company.

The community for Path of Exile is simply amazing. At any given time, there will be people around to answer questions, help with character builds, items suggestions, really anything you could need.

Path of Exile is generally about one thing: killing lots of things, and killing them insanely fast. The game only gets faster as you get more skilled and further along in levels, which makes it incredibly hard to become bored.

As you level up, more skills become available to you in the form of active skills and support skills. Active skills are exactly what they sound like - skills that are able to be used. For example: Spectral Throw will throw a ghostly version of your weapon and is available at level 1, while Earthquake will make you smash the ground, causing it to erupt a moment later, but is only available at level 28.

Support gems grant different effects to your skills. There's basic things like Faster Attacks which simply makes you attack faster, and more complex mechanics like Cast on Critical Strike which allows you to cast a linked spell every time you critically strike with your attack.

As you grow in levels, you can link your skills together in more interesting ways, leading to much more carnage and destruction.

Con
Graphics are a little lackluster

While not the worst, the graphics do not really stand out as polished and look somewhat dated. While it does fit within theme of being a grimy universe with many foul creatures, it does not compare to many AAA dungeon crawlers out there such as Diablo III.

There are over 1300 passive skills that a character can acquire as they gain levels. This means that in order for you to build a character, you will have to know how they all interact with each other, and the best ways to go about doing what you want to do.

Con
Can be time consuming

Path of Exile is a game that will soak a lot of time once you start perfecting your character's build.

Have a question about Path of Exile? Leave a comment for cubethethird, Seth and 2 other contributors.
See Product Page for "Path of Exile"