What are the best programming fonts?

5
User
Recs.
17
Updates
1 yr
Last
Updated
Here’s the Deal
Slant is powered by a community that helps you make informed decisions. Tell us what you’re passionate about to get your personalized feed and help others.
Related Questions
Activity
139 Options 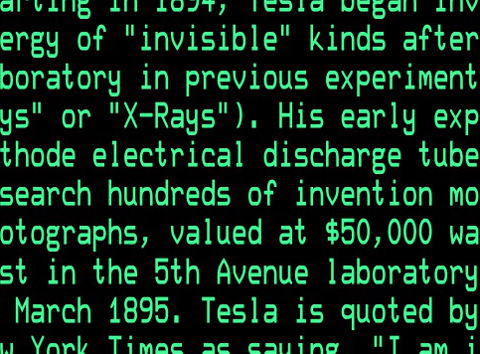 Narrow monospaced font. Based loosely on the original VT220 font.

I use 18-point DEC Terminal Modern for interacting with OpenVMS systems, with anti-aliasing and subpixel anti-aliasing. With a dark background and a soft white, amber, or green foreground, it's very reminiscent of the physical terminals, though I don't actually have one for comparison.

Unless you want an ultra-retro "rasterized" appearance, I would recommend it by far over either "Glass TTY VT220" or "VT220-mod".

A very slight "con" is that it doesn't work well with at least some of iTerm2's built-in Powerline glyphs. Spaces appear as filled blocks, for example.

The look of DEC Terminal Modern is somewhat retro-inspired.