379 196
Review of Java powered by the Slant community.

Java is a computer programming language that is concurrent, class-based, object-oriented, and specifically designed to have as few implementation dependencies as possible. 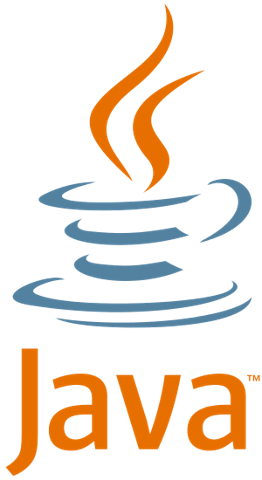 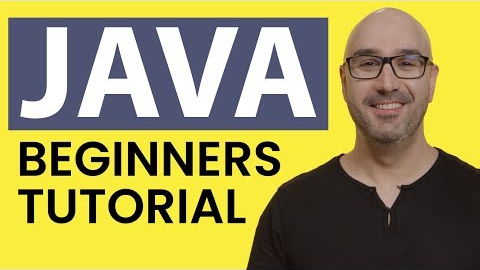 Most Java code follows very standardized coding styles. This means that when you're starting out, there are fewer questions about how you should implement something as the programming styles and patterns are well established and consistent. This consistent style means that it's often easier to follow others' example code, and that it's more likely to meet at least a certain minimum standard of quality. This discipline with consistent stylistic standards also becomes useful later, when collaborating on projects with larger teams.

Because Java is statically typed, integrated development environments (IDEs) for Java can provide a lot more feedback on errors you will encounter. Java IDEs can give you specific errors in the location where they occur without having to run the code every time. This makes is faster to debug and learn from your mistakes.

IDEs also have extensive auto complete capabilities that can help you learn the programming libraries you are using faster and tell you what functions are available.

Java has been around for such a long time that there have been tens of thousands of APIs and libraries written for almost anything you want to do.

Java is one of the most popular languages in industry, consistently ranking either first, or occasionally second (behind C or Javascript) in terms of usage. Polls (see sources below) show it to be consistently in high demand, particularly as measured by job board postings. This makes Java a great time investment, as you will be easily able to get a job utilizing your skills, particularly as those Java applications in production now will continue to need maintenance in the future. It also results in great support for tools and plenty of computer science books, example projects and online tutorials.

Object Oriented Programming (OOP) is a paradigm that teaches you to split your problem into simpler modules with few connections between them; it's the most common paradigm used in industry. Java is the best choice as an introduction to object oriented languages because, as a statically-typed OOP-only language, it very clearly highlights core OOP principles such as encapsulation, access control, data abstraction, and inheritance.

Because of the Java Virtual Machine, the Java programming language is supported wherever a JVM is installed.

Pro
You know what you do, and still simple

Because everything is typed and there is no silent cast or fail, you exactly know what you are manipulating, and there's no magic.
Have you ever watched a beginner struggling with a "couldn't call method x on y" in python or Javascript? These languages don't teach you what proper types are.
Java is one of the simplest languages to learn these basic concepts you find in every programming language.

Especially for beginners, this can make reading Java code feel overwhelming; most Java courses tell students to simply copy, paste, and ignore a significant percentage of the code until they've learned enough to understand what it means.

For experienced programmers, this makes Java feel tedious, especially without an IDE, and actively discourages some solutions and some forms of abstraction.

Con
Locks you into the static OOP mindset

Java is a garbage collected language and it does not force programmers to think about memory allocation and management for their programs. This is fine most of the time. However, it may cause some difficulties in adjusting to a non-GC language (such as C for example), where memory management needs to be done manually. But if good coding practices and habits are followed, this shouldn't be much of a problem.

It's just barely good enough to make decent IDEs, but it's not at the level of Idris or even Haskell. For large enterprise projects, the IDE support is important, but the static typing in Java just gets in the way for the smaller projects beginners would start with.

Python is duck typed and this makes small programs easy to develop quickly, but the price is that you have to write unit tests to avoid breaking larger programs. In contrast, you can be reasonably certain that a program that actually compiles in Idris does what you want, because assertions are built into the powerful type system. Java can't make that claim and still requires unit tests. Java has the worst of both worlds because of its poor static type system.

The type system gets in your way more than it helps. Heavy IDE support is absolutely required for reasonable productivity. This means beginners have to learn not just the language, but eventually a complex, heavyweight IDE too.

Con
Too much hype and useless complication

I've been developing in Java for 20 years and I love this language, I've never used a better designed one over the last 30+ years. However, starting with version 6, the number of really useful features in each release has steadily decreased. There is now too much marketing in Java's evolution and too few concern about developers' needs (the functionalities of the applications we develop haven't changed and enterprise application architecture is much simpler than 20 years ago). I'm deeply sad to say that today, learning Python is a much wiser choice.

Con
Anything java can do, C# does better and more elegant.

Since C# came later, it could avoid the blatant mistakes made in Java.

Java evolves very slowly - lambda expressions weren't available until Java 8 (which is not available on Android), and despite getters/setters being a long-time convention, the language still doesn't have native accessor syntax (a la C#'s properties). It's unlikely newer, popular features like list comprehensions or disjoint union types will be available anytime soon. While not strictly required for novice programmers, these make problems more complicated and tedious than they need to be - for example, when a simple local function would do, (portable) Java demands anonymous inner classes, an interface and a class, or worse, no abstraction at all.

Some features in Java can be quite confusing for beginners.

Encapsulation is needlessly obfuscated with a confusing access control model. As an example, the "protected" keyword not only grants access to child classes, but to the entire package. Since small programs are written as one package, it becomes functionally equivalent to "public".

In OOP, everything is supposed to be an object, but, in Java, primitive types such as integers, booleans and characters are not, and must be handled as special cases.

Java continues to lack many high-level features, and, particularly prior to Java 7, compensated by adding confusing Java-only features, such as anonymous subclasses. Some example code is unreadable without knowing a special-case feature, libraries differ in style based on when they were released or what platform they target(e.g., Android vs. Desktop), and some solutions just aren't available on some platforms.

Type erasure means it doesn't even exist at runtime. The whole generics system is confusing for beginners.

Too far from the machine hardware.

Java utilizes principles that organize code into "classes" as the central concept, instead of more familiar organizational methods.

Checked exceptions add significantly to the cognitive load of the beginner. The more rules unrelated to the actual task that you pile onto the beginner, the slower he gets. Exponentially. And for what? Sure, they look good on paper, but checked exceptions are useless in the real world. They don't scale.

When you're calling APIs five levels deep and your method's throws clause balloons to 80 exceptions you might see, it gets kind of ridiculous. So you just say throws Exception, which defeats the whole feature, but is more pointless boilerplate in an already tediously verbose language.

Or worse, while developing you can't be bothered and just catch{} and silently swallow them all. Then you forget about it. Now you don't even have exceptions. The cure is worse than the disease!

So the wiser Java programmers will wrap all checked exceptions into a runtime exception, effectively making exceptions unchecked. That's at the cost of more boilerplate, but it's the lesser of evils. Unfortunately, Java doesn't even have macros to do this part for you. Maybe your IDE can write code templates for you, but that doesn't make it any easier to read.