3 2
Review of Vinhos: Deluxe Edition powered by the Slant community.

Vinhos Deluxe Edition by Vital Lacerda is an updated version of one of his most popular games. In it players take on the role of Portuguese wine makers competing to be the most successful. Players must successfully manage building up their estates by purchasing vineyards and wineries, selling wine for money, exporting wine for prestige and competing in a series of wine fairs where their wine will be judged according to the four categories of taste, sight, smell, and alcohol percentage. The game plays out over 6 years, during which the players will take a total of only 12 actions, making both short-term tactics and long-term strategy key. 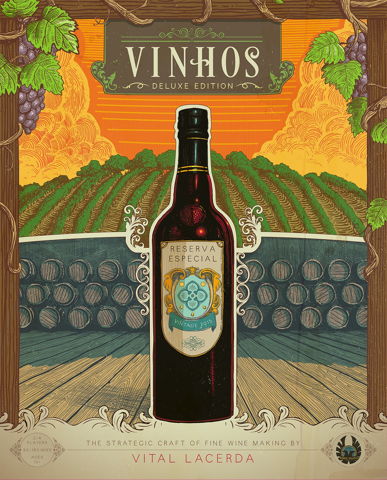 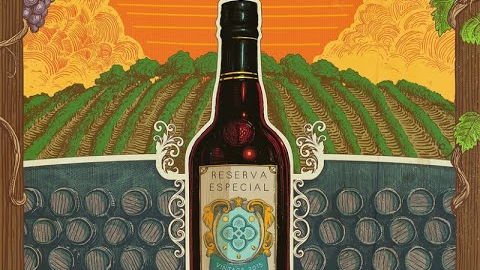 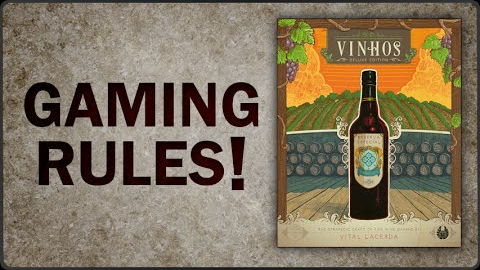 Since the game plays out over the course of only 6 years with players receiving only 2 actions per year, actions are very limited over-all. This gives additional weight and meaning to every decision in the game as players try to optimize their estates and balance short-term rewards with long-term goals.

For the deluxe edition of this game Eagle-Griffon games hired famous boardgame artist Ian O'Toole to do all new art for both the box and the player boards, resulting in one of the most beautiful games of 2016. They also went above and beyond with the physical components, opting for thick, high-quality cardboard for most of the pieces and chunky wooden bits for everything else.

Pro
Two games in one

In addition to the original 2010 edition of the game, the deluxe edition features a new, streamlined and updated, set of rules that help make the game much more accessible to players who are new to heavy euro-style games.

Con
High cost might be a problem for some

Although justified by the impressive quality of the components and the game itself, it is still a relatively expensive game and may not fit in everyone's budget.

Con
Not well suited for new board gamers

Vinhos is a very heavy euro-style boardgame and as such has many complicated and interacting parts that might be too much for a new boardgamer to handle. Since there is almost no randomness in the game, the winner is usually the player who played best or knows the game best, which means that a single mistake can make it very hard to win.