0
User
Recs.
18
Updates
6 yrs
Last
Updated
Here’s the Deal
Slant is powered by a community that helps you make informed decisions. Tell us what you’re passionate about to get your personalized feed and help others.
Related Questions
Activity
37 Options 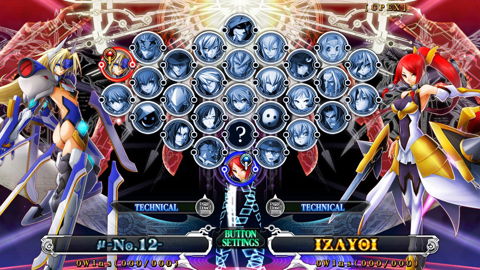 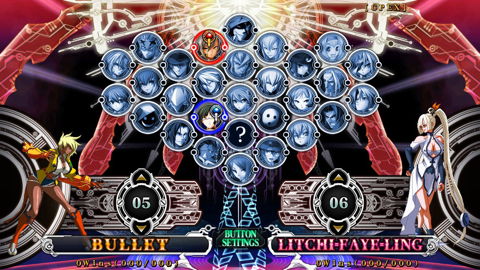 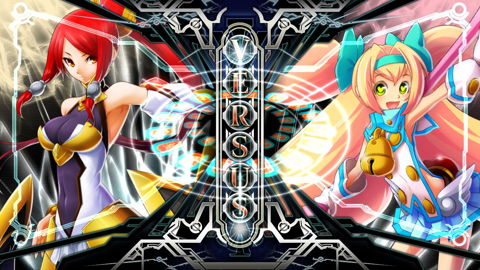 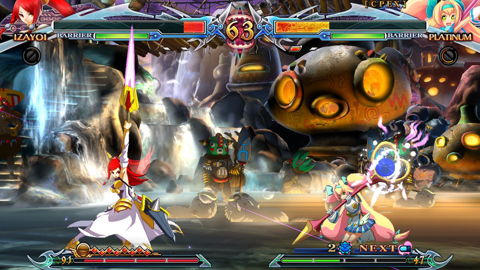 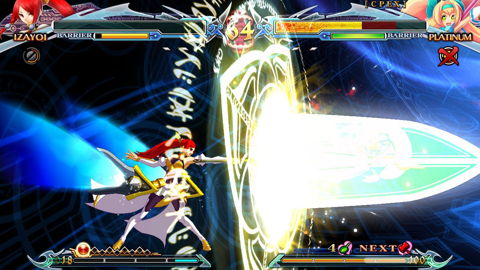 It's a combination of traditional 2D fighting with a Japanese anime themed visual novel story element. Chronophantasma Extend makes for a unique fighting game with a large following.

Latency is barely an issue with Chronophantasma Extend (something all online fighters have to deal with), which makes this a good game for competitive online fighting as there should be few problems with missed frames (something that is always important for pulling off moves at the precise moments they need to be executed). The series as well as this game in particular also lends itself well to competitive fighting thanks to the precise controls as well as the vast array of characters available, each with their own look and fighting styles.

In the game there is a secondary block with a meter tied to it that limits its use. This is called the barrier guard. The barrier guard allows for better blocking over a regular block, but is limited to the power found in the barrier guard gauge. This adds a strategical element to the gameplay, as the user needs to access whether or not using the barrier guard is worth it at them time they want to use it as when they run out they will be left with less defenses.

Pro
Allows for many different styles of fighting

With a roster of 24 characters (and 2 that can be purchased through DLC) that sees each having a different look and fighting style, there should be an option available for whatever kind of style one prefers. Whether that is close combat, ranged combat, tanks or really fast characters, there is a good mix to be found.

The game offers a training mode as well as a challenge mode. The training mode is an arena where the player can practice any move they like, over and over in order to nail down how to perform them on command easily. Training mode also offers a tutorial section that walks the player through how to perform specific maneuvers and actions in the game. The challenge mode on the other hand is like a tutorial with tasks in that it teaches the player how to do specific maneuvers while tasking them with pulling it off in a specific situation. This makes for a great way to learn all the ins and outs of the game's characters as the it walks you through how to do each task it is asking.

BlazBlue sticks to the tried and true method of using hand drawn sprites for their characters as well as their backgrounds, which may appeal to those that grew up with fighting games of this sort.

The actual fighting in the game is also traditional in the sense that there is a weak, medium and strong attack for each character as well as different combinations for eachs special moves. A tried and true method developed in the early nineties that still works great to this day.

While not just for nostalgia's sake there is also some benefit to 2D fighting such as being able to fight in the air as well as an overall sense of better space control.

The multiplayer (PvP) section of the game can be played locally as well as online, meaning players can play at home with friends on one screen as well as with friends or random opponents online. This gives the player the choice of how they would like to play multiplayer, which is not something all PC fighting games do.

The online mode also offers a wide selection of options from ranked matches to player matches as well as online lobbies and viewable rankings.

Con
Theme may not be for everyone

Being that the game is heavily themed as an anime, the look of the game may not appeal to everyone. For those that are not fans of anime or risque clothes on women this may be a game to stay away from. While none of this detracts from the gameplay itself, some may not enjoy spending money on something that is not visually appealing to them.

The story found in the game for each character in the story mode is not written that well and is mainly fan service for those familiar with the franchise. So for newcomers or those that are looking for a deep and involved story, they may be disappointed.